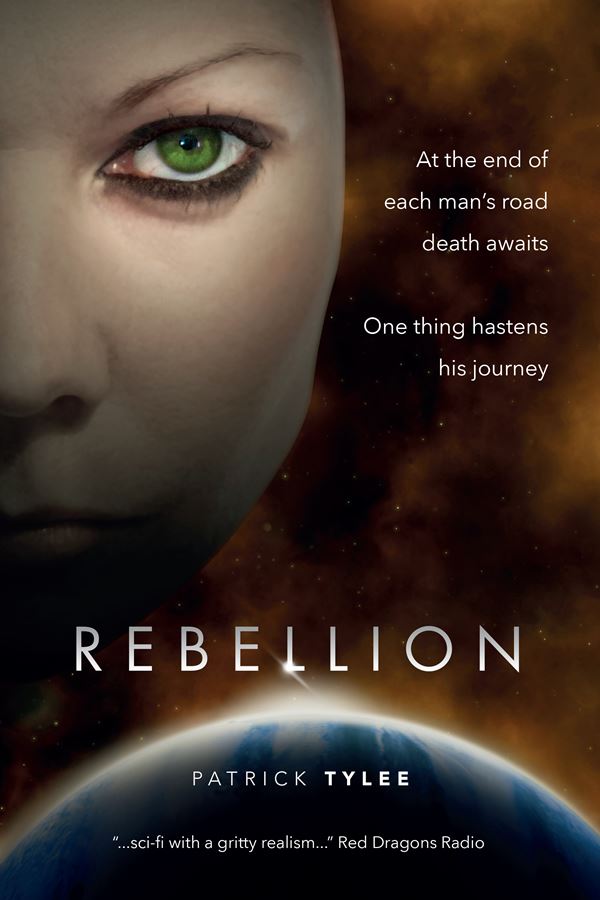 Jove, the synthetic savior of the Knowers, and his hybrid daughter Elmyrah, have brought worlds to ruin by their greed and manipulation.

It’s the late twenty-fifth century, and the sand of Earth has been stolen away. Remnants of the human population huddle together on the few rocky islands that rise above the crashing tide. The para-sentient Wisdom maintains strict control over all within her reach. Subjugating every mind, she demands complete obedience and order.

There’s only one cure for her evil perfection, and Rebellion will lead you to it.


“Rebellion is a compelling read - a real page-turner.”

Patrick was born in the sunny and hot southwestern United States, and now lives there in a small town of just over ten thousand people. He is married with two sons and two grandsons.

As a child, his favorite place was the public library. In college he studied art, business management, and later computer technology and adaptive education.

When possible, Patrick leaves the car behind and takes off on a motorcycle. Sometimes he leaves the road all together in the family Jeep.

Patrick always looks forward to the opportunity to connect with his readers. Please do so!

Connect with Patrick Tylee on his website patricktylee.com, purchase Rebellion directly from the author, or grab a copy on Amazon. 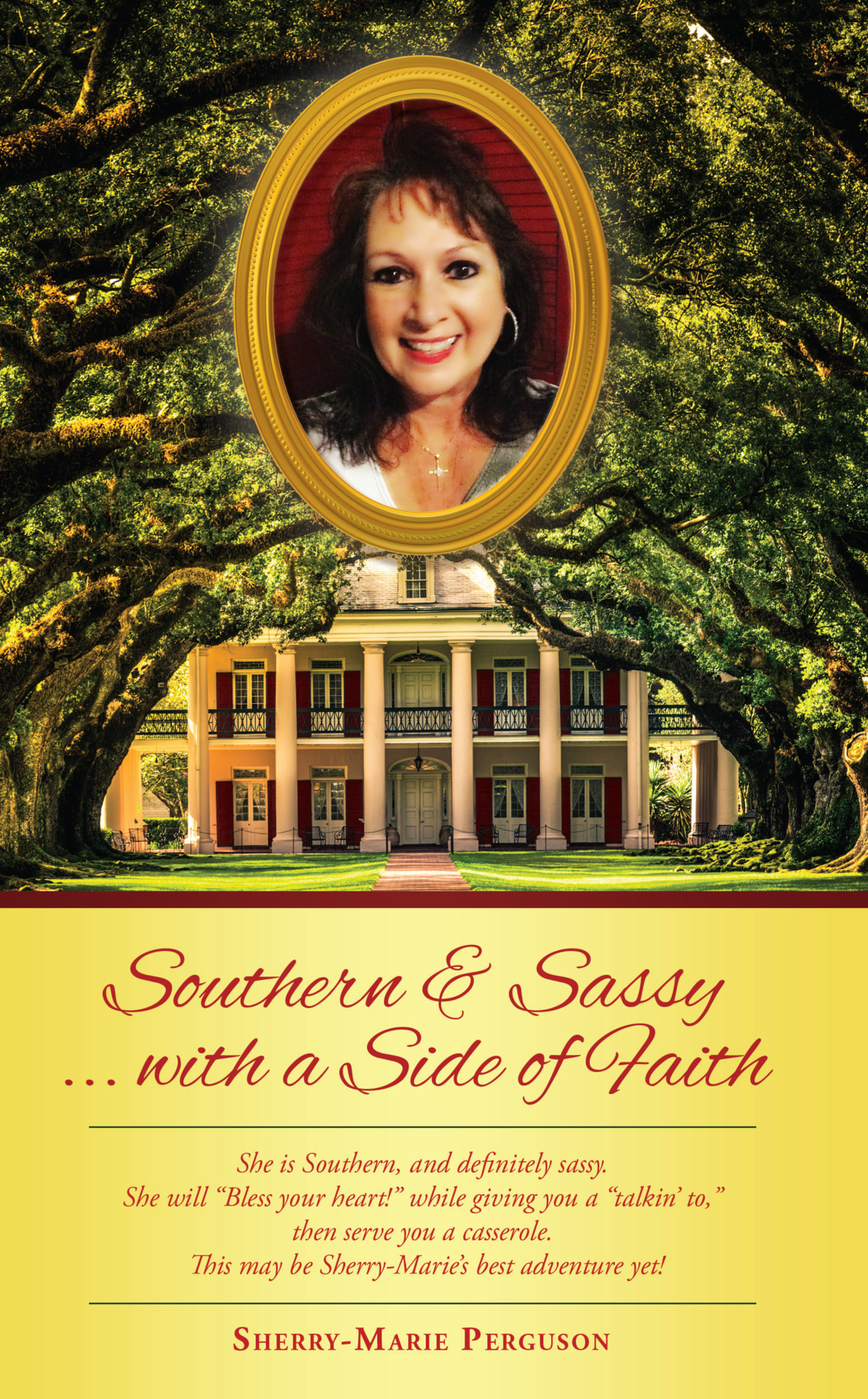 Southern & Sassy...with a Side of Faith is a compilation of Sherry-Marie's humorous story-telling, "southernisms," and "Sherryisms."

Throughout the book, Sherry-Marie is always bringing into perspective her belief in Faith - the very thing she builds her life upon - but never forgets to serve up an abundant array of mouth-watering, palate-pleasing recipes!

Southern & Sassy includes over 80 recipes intertwined within a journey like one you have never experienced before. It's easy to believe you're sitting across the table from Sherry-Marie, drinking a cup of tea, enjoying one of the fabulous recipes she has prepared, all while listening to her delightful, southern-style storytelling.

Following the Faith, Family, Friends, and Fried Chicken series, Southern & Sassy is the latest of Sherry-Marie's journeys, but could very well be the best yet!

Sherry-Marie became an award-winning writer at an early age. Unintentionally putting her writing on hold while raising her family, she opened a tea and antique shop, Sherry’s Southern Charm & Tea. Related to such influential figures as Mary Todd Lincoln and George Clooney, she is also an award-winning licensed realtor, antique appraiser, and motivational speaker to women’s groups. After retiring in 2014, Sherry embarked on the journey of writing a memoir/cookbook titled Faith, Family, Friends, and Fried Chicken. Then along came Faith, Family, Friends, and Fried Chicken 2 and 3 where she continued her story-telling style described as “Erma Bombeck meets Joel Osteen, and they have dinner together” and “'Fried Green Tomatoes' meets 'The Notebook'.” It wasn't long before Sherry realized her journey included the 4h book, Southern & Sassy with a Side of Faith, which incorporates beauty recipes and is all about loving yourself and living with peace; and her 5th book, And God Made Chocolate!

Connect with Sherry-Marie Perguson at www.sherrymarieperguson.com, purchase Southern & Sassy...with a Side of Faith directly from her, or grab a copy on Amazon.

Last, but certainly not least is... 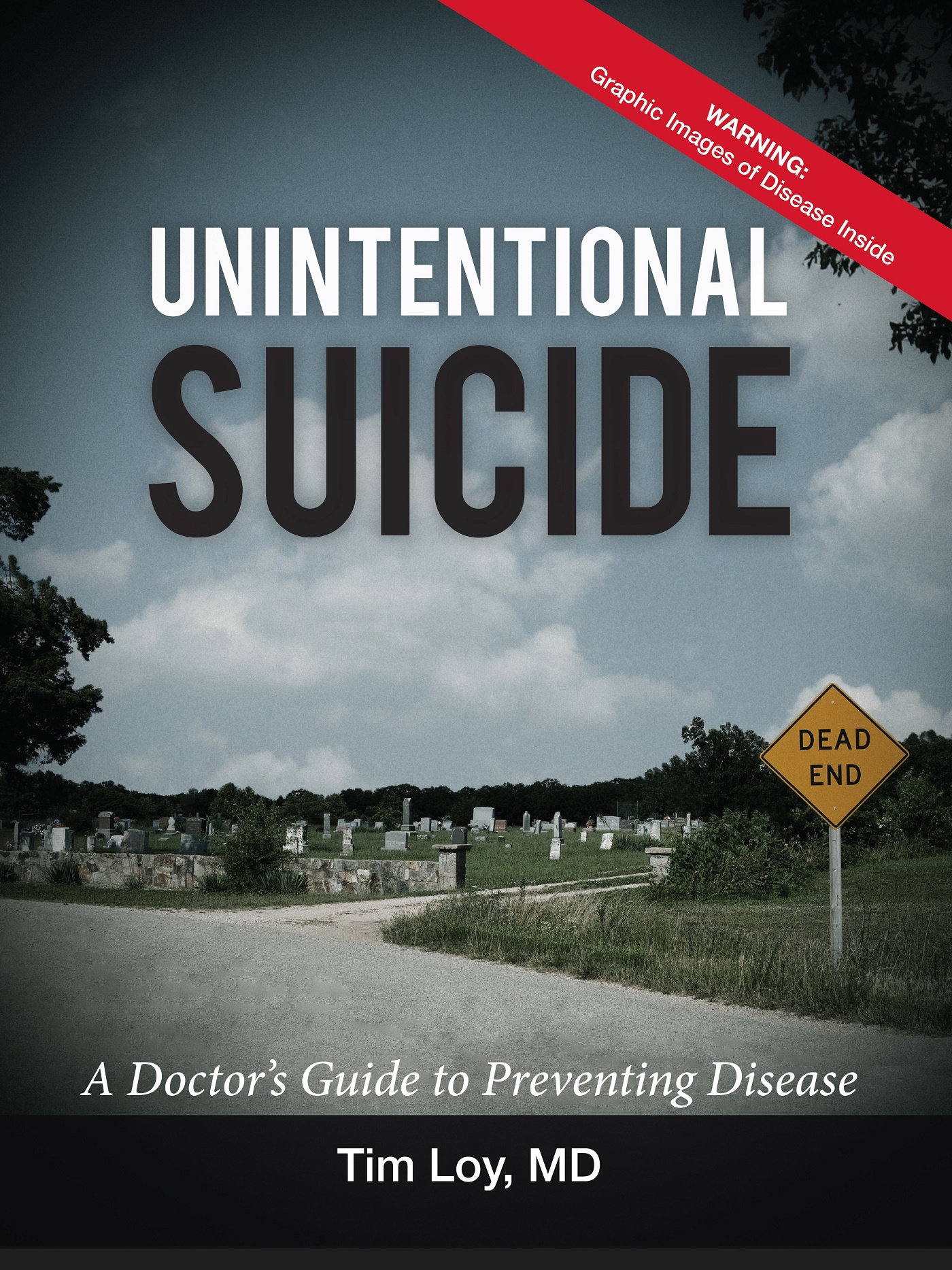 Written by Professor of Pathology Dr. Tim Loy, Unintentional Suicide dissects the diseases most likely to touch the lives of you or your loved ones in the future, if they haven’t already.

The book is written with the mindset that if people could see what Loy has seen, they might be motivated to change. Graphic images illustrate the devastation that could be avoided. This work opens by taking an in-depth look at the top killers—heart disease, stroke, cancer, COPD, diabetes, cirrhosis, and accidents—with information on how effective lifestyle choices can be in fighting back.

The remaining chapters hold exercise plans and practical diet solutions that will help you live a healthier life starting now. By deconstructing the science behind illness and providing a wellness routine that is easy to maintain, Unintentional Suicide gives you the tools you need to attain a healthier, happier body.

Tim Loy, MD, grew up in rural Illinois and graduated from Greenville College. He received his MD from Southern Illinois University. After completing a residency in Anatomic Pathology at the University of Missouri, he did a Surgical Pathology fellowship at the University of Minnesota. He joined the Pathology faculty of the University of Missouri-Columbia in 1987 and served as their Director of Anatomic Pathology from 2005 to 2011. Since 2011, Dr. Loy has been a Professor of Pathology at Ross Medical School. He has published numerous pathology articles and has received national awards, including recognition in Best Doctors in America, Who’s Who in America, and Who’s Who in Medical Sciences. Married for thirty-five years and the father of four, Dr. Loy presents this material with the goal of improving the health of you and your loved ones.

Connect with Tim Loy at unintentionalsuicide.com, buy Unintentional Suicide directly from him, or grab a copy on Amazon.