What's new at MCP this week? Here are five books making their grand entrance into the world today. 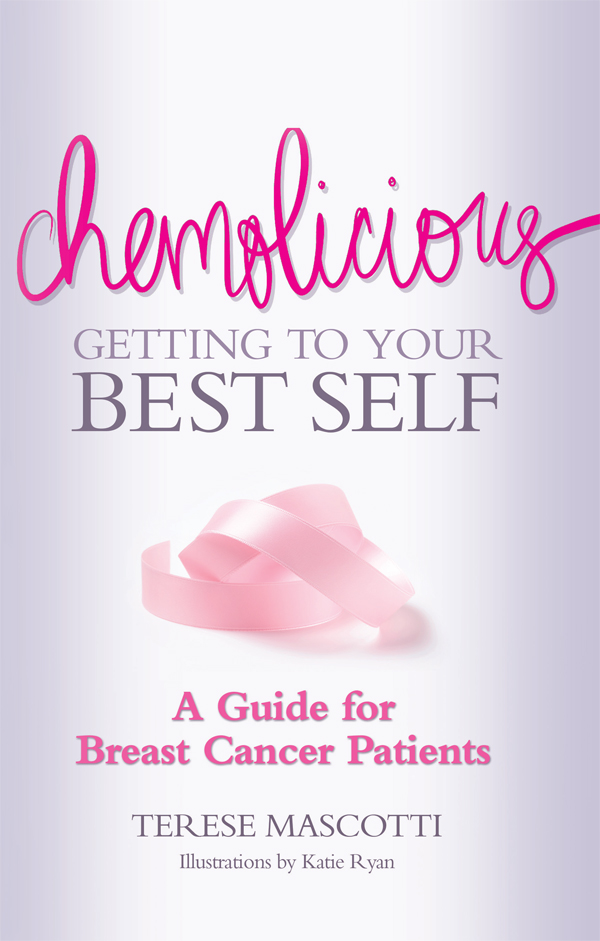 In the Mascotti Family, you don’t ever give up. When you get knocked down (whether by your brothers or breast cancer), you get back up and keep moving.

Chemolicious: Getting to Your Best Self is a guide for breast cancer patients, their families and friends on how to manage the non-medical journey through the chemotherapy treatments. This perspective is lined with humorous anecdotes and candor from Teri’s own journey. Her desire is to help others feel "Chemolicious" during this hellacious test. Every cancer is different, every outcome is different; but wanting to feel and be your best is a human condition that should never stop.

There are no pretty pink platitudes in here. What you will read are Teri’s stories of the good (“if you lose your hair in winter, you’ve got a ton of hat options”), the bad (“steroids make you puffy”), and the ugly (“they can tell you exactly when your hair will fall out") of dealing with breast cancer. All written with the wit and wisdom of a woman who has been in your shoes.

To help you along your path, Chemolicious includes frank discussions of:

• What to eat for a faster recovery
• The pros and cons of buying a wig
• Why you need therapy—both physical and mental—if you want to survive
• How to create a to-do list, so that you always have an answer when someone asks “What can I help with?”

Neither famous nor pedigreed, Teri Mascotti is every woman who has stubbed her proverbial toe. She is a self-employed business woman who fell from the ivory tower during the economic downturn. A mom, a sister, a daughter, and a friend who has learned that life is a recurring sequence of picking yourself up and dusting yourself off. Her insatiable curiosity is what keeps her from settling for less and keeps her driving toward her dreams.

She is a graduate of the University of St. Thomas, in St. Paul, Minnesota, where she also resides, and thrives—chemoliciously!

Catch up with Teri on her website chemolicious.net or pick up her book on Amazon.

The second book is... 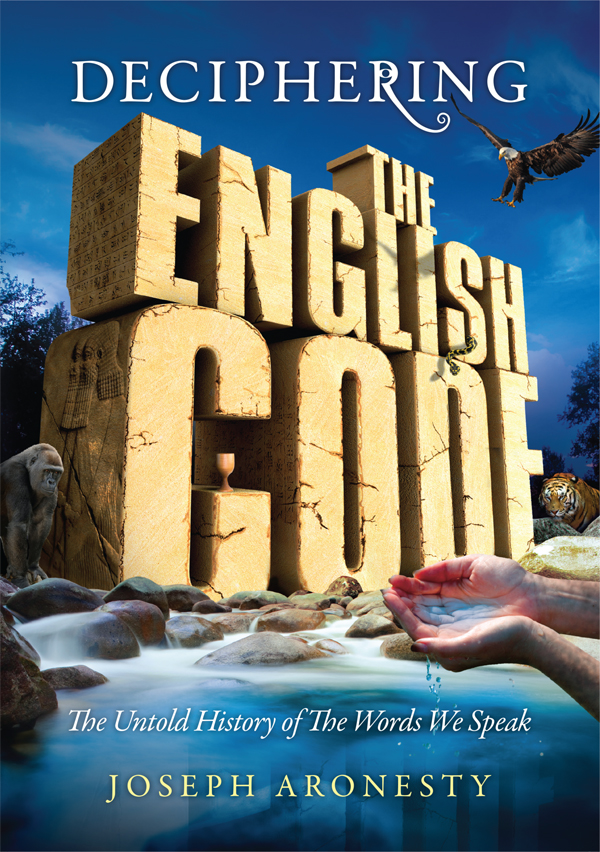 In a way anyone can understand, the Common Language Code (CLC) described by Aronesty reveals the underlying science that forms the basis for English and most of the world's prominent languages.

The culmination of years of thought and work, Deciphering the English Code brings together the most basic elements of linguistic history in one insightful, easy-to-read, and delightfully humorous resource. If you have ever wanted to know how the words and letters we write, read, and think in came to be, you won't want to miss this book.

Native English speakers will never think about words in the same way, and ESL students can use this information like keys that unlock the doors to fuller comprehension.

Joseph Aronesty is a tireless student of language theory, a published songwriter and one of the world's first internet pioneers. He did his undergraduate study at the University of Pennsylvania. In 2003, he made a quantum leap in logic when, inspired by words he recalled from a friend and associate at U of P, he discovered that English words contain a simple logic that reveals their root meanings based on the physicality involved in making sounds and other specific sonic properties. Joseph lives in Los Angeles, where he is presently working his next book, Word Families for Students of English.

Catch up with Joseph on his website englishcode.org or pick up the book on Amazon.

The third book is... 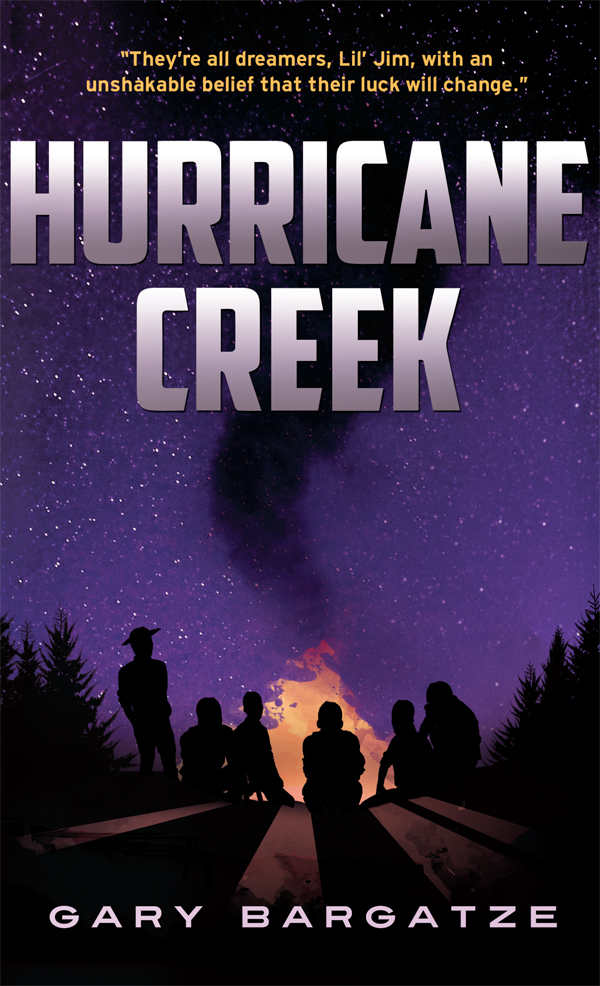 When Lil’ Jim moved back to Memphis, the children stopped coming by to play. While he blamed his isolation on religion, everyone else knew it had everything to do with money, politics, and race.

This third book in the ten-part Your Winding Daybreak Ways series begins where author Gary Bargatze’s second novel, Happy Hollow, leaves off. Lil’ Jim is living with his Uncle Aaron and attending a segregated grammar school. The principal is a true visionary, instilling “life skills” in his African-American students—teaching them to envision a brighter future.

Hurricane Creek depicts the rise of a biracial orphan from the Memphis rail yards to the doorstep of the governor’s mansion in Nashville. The novel follows the young boy’s transformation from “Lil’ Jim” to “Hurricane Jim”—from hobo to West Point cadet; from military officer to entrepreneur; and from wealthy businessman to skilled politician.

Gary Bargatze is the author of Warfield, Happy Hollow, Hurricane Creek,and the soon-to-be-released ten-part fictional series, Your Winding Daybreak Ways, comprised of a prologue, epilogue, seven novels and a novella. Mr. Bargatze divides his time between rural Maryland and the Berkshires of Massachusetts.

Catch up with Gary on his website garybargatze.com or pick up the book on Amazon.

The fourth book is... 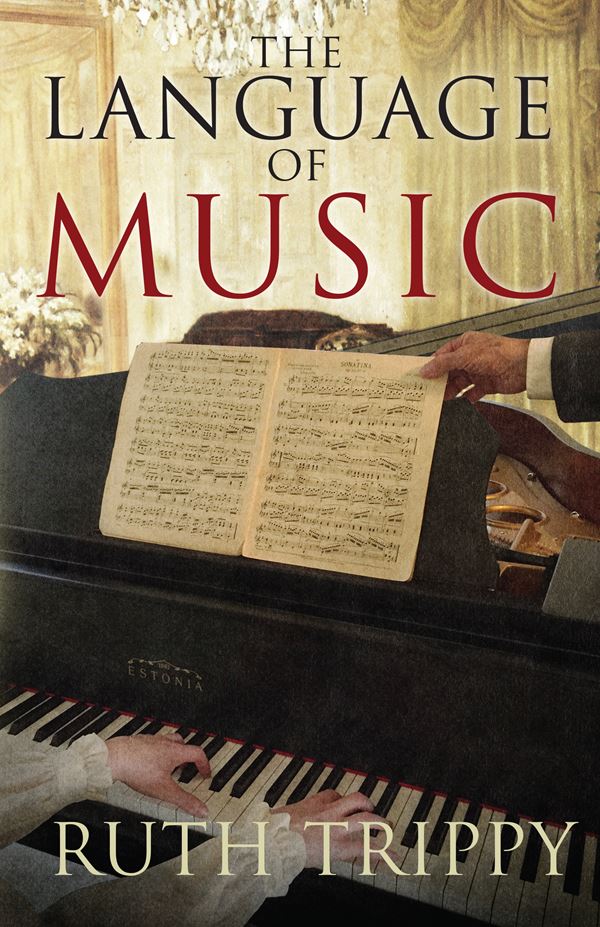 When young Katherine Edmond’s carriage turns into the Emery estate, she sees the irascible Jerard Emery on the black horse. She is coming to live on his Connecticut estate after her mother’s death, but both he and his mother give her a cold reception.

Jerard is concentrating on regaining the family textile mill his father lost and now feels burdened with the arrival of this girl. As time goes on, seeing Katherine blossom into lovely womanhood and appreciating her developing musical skill, he becomes attracted to her and wants her for his own. He attempts to control her life by dictating her choices. But an unsuspected strength surfaces in her, and she resists him when she sees his ill-usage of others.

When his mother suddenly sends Katherine away alone to work in New York City, Katherine wonders, will she ever find the stable home and love that she longs for?

Pick up your copy of The Language of Music on Amazon.

And last, but certainly not least is... 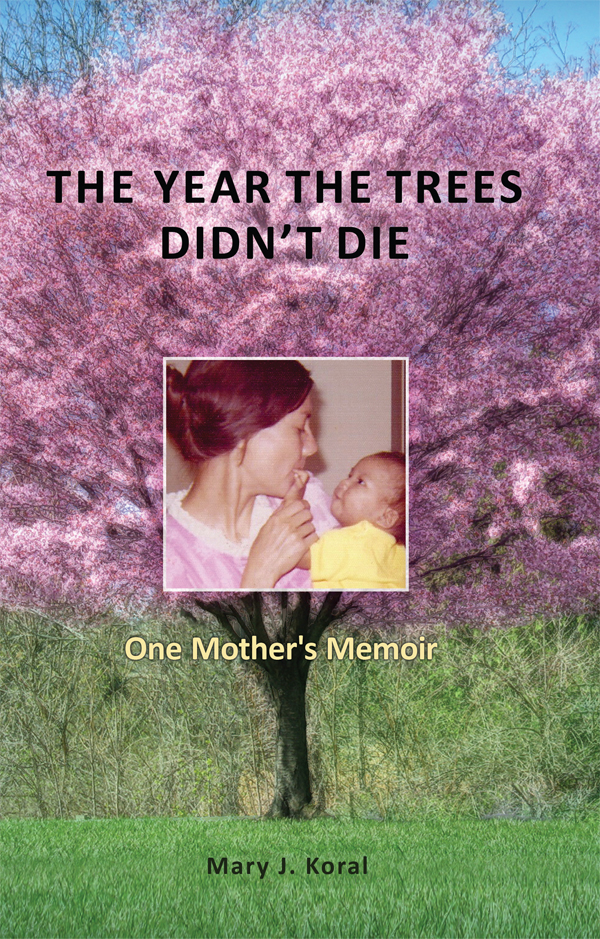 The Year the Trees Didn't Die: One Mother's Memoir is a story of family that learns how to live with loss. My kids live in a world strangers took them to. Nothing of their pasts is known, as if they were not alive until they came to us. I promise them to make up for that. I will exchange loss for love, all of it: lost mother, lost father, birth name, language and country. But. The eldest son looks for his birth mother in every female Asian face. He grabs at whatever is in his line of vision.Our East Indian daughter runs wild at thirteen. Our Korean-born son hurls a book through a window. Shattered glass and cold surround us. "I'm damaged goods," he says. "A crazy person." Our lives spin off into chaos. Our daughter returns home bruised and pregnant. Our oldest son swallows loss in hidden six packs.

Our marriage heaves and lurches. The kids are a roller coaster ride I never imagined.

The Year the Trees Didn't Die speaks to every parent who has travelled through dark. It's a story of love and survival.

Mary Koral grew up in a small town in northwestern PA. She currently lives in Ann Arbor, MI. Her writing, including parts of this book, has appeared in the Alaska Quarterly Review, Tusculum Review, Diverse Voices Quarterly and other journals.

Catch up with Mary on her website theyearthetreesdidntdie.com or grab your copy on Amazon.