What's new at MCP this week? Here are seven books making their grand entrance into the world today. 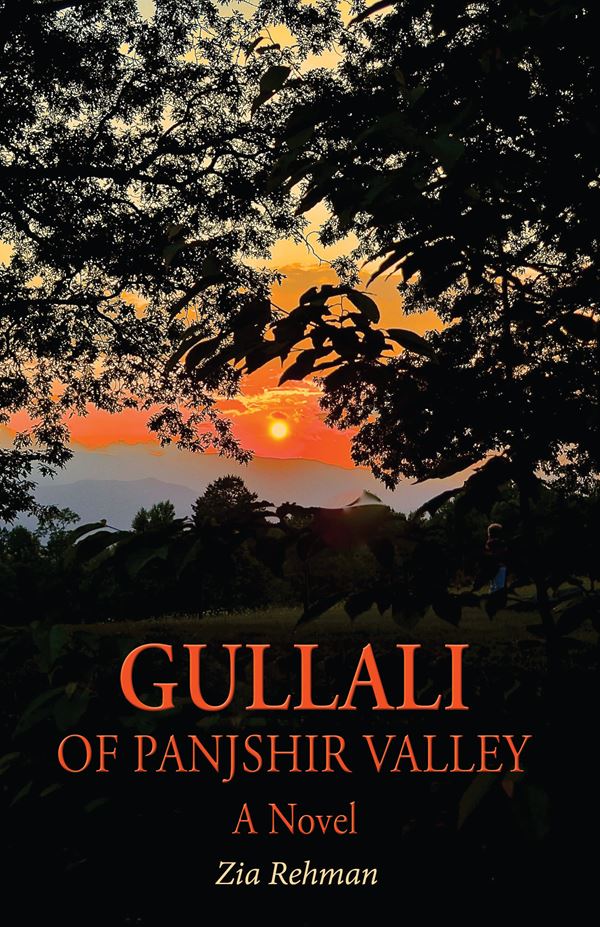 To Gullali, Panjshir Valley is heaven on Earth. An educated young Afghan woman, she was raised to believe women deserve the same rights as men. With romance in her life, Gullali's life is perfect - until the Soviets invade.

After ten years, the Soviets leave in defeat. Though a triumph, power turns to greed, and order in Afghanistan fades. Amid the turmoil, the Taliban gain control over the country - and women are the first casualty in the name of Islam.

Rumors of a more tolerant Pakistan beckon Gullali and her husband, but tragedy strikes and Gullali comes to realize the Taliban is just as prevalent in Pakistan. Captive, she suffers both physically and mentally from gender bias and religious hypocrisy.

Fueled by the abuse, Gullali is determined to fight for women's rights, education, and freedom from male abuse in the name of Muslim culture and religion. Using her story, she creates awareness among the women of Pakistan, hoping to return home and do the same in her country.

Grab your copy of Gullali of Panjshir Valley on Amazon! 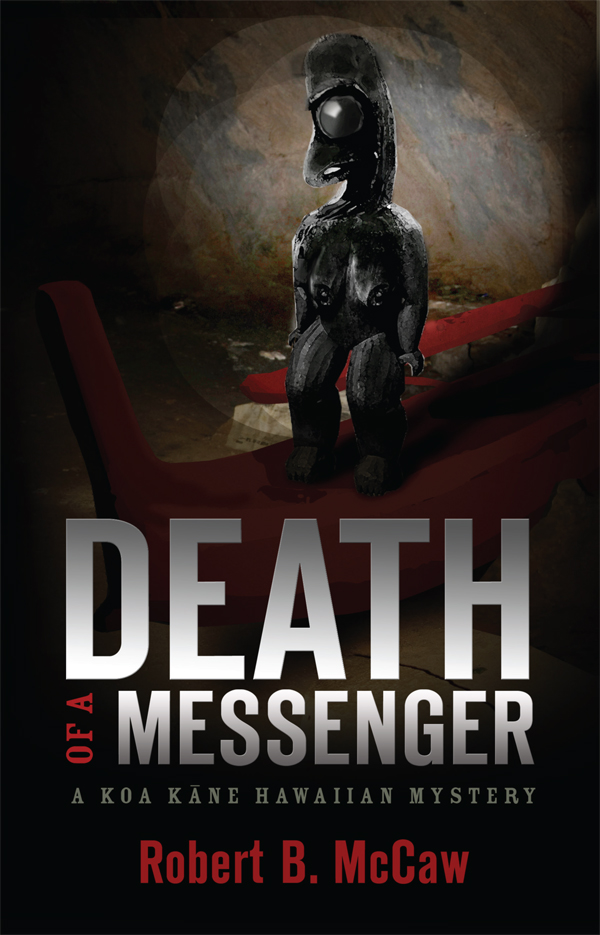 Someone's found a body at Pohakuloa, the army's live-fire training area. Bearing all the marks of ancient ritual sacrifice--the murder is the grisliest of Detective Koa Kane's career. The bizarre case draws Koa deep into his own Hawaiian roots. As Koa probes the victim's past, he must sort through a rich roster of suspects--grave robbers, native activists, thieves, and star gazers.

Koa surmounts a host of obstacles as he pursues the murderer--an incompetent local medical examiner, hostility from haoles (Westerners) and sovereignty advocates, and myriad lies.

Did the victim stumble upon a gang of high-tech archaeological thieves? Or did he learn a secret so shocking it cost him his life and put others, too, in mortal danger?

Will Hilo's most respected native detective catch this fiend in time, or will the killer strike again--with even deadlier consequences?

Robert B. McCaw, a seasoned attorney and veteran of many headline-grabbing cases, blends his decades-old passion for Hawaiian history with a life-long enthusiasm for crime fiction to create a compelling protagonist in Detective Koa Kane. A former US Army officer and judicial clerk at the US Supreme Court, McCaw's firsthand military experience, legal expertise, and immersion in all things Hawaiian lend the characters in this richly layered thriller unparalleled authenticity. An avid photographer and part-time resident of the Big Island since the 1990s, he and his wife split their time between New York and Hawaii. Death of a Messenger is the first novel of the Koa Kane Hawaiian Mystery series.

Connect with Robert at his website www.koakanehawaiianmysteries.com, buy Death of a Messenger from him, or grab a copy on Amazon. 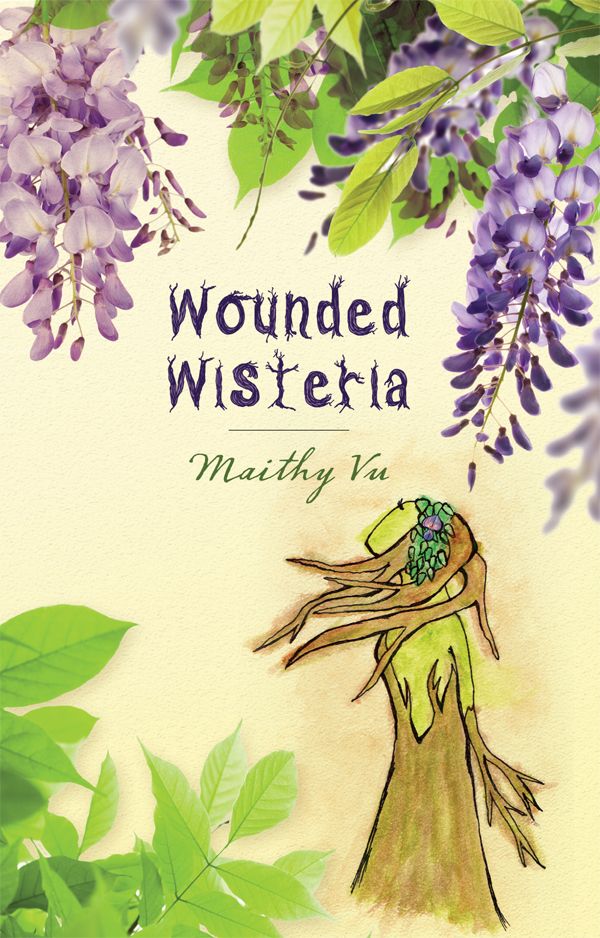 Cleo is a spirit suffering from her own destructive thoughts. Yearning for something to feed her hunger, she stumbles across those who are detrimental to her. The Great Peet's influence is no different. When he asks, ''Why is it you feel you have no choice?'' she is quick to reply: ''I hear your touch and feel your voice.''

When the story continues in the eyes of Peet, we meet the alluring Violet, for whom his love flourishes. Drawn to Violet's grace, yet pulled by Cleo's heartache, Peet grapples between purity and substance.

Presented entirely in verse, each character in Wounded Wisteria embodies a different earthly element, while the story becomes a study of the power of perspective, and a testament to the youthful essence of craving and vulnerability inside the heart of us all.

Maithy Vu grew up in a city of fog and now lives in one of smog. In elementary school, she would bind her own stories with construction paper and put them on the class bookshelf. Wounded Wisteria is her first published book. She owes its style and imagery to her degree in Theater Arts from the University of California, Santa Cruz.

Connect with Maithy at maithyvu.com, purchase Wounded Wisteria from her, or grab your copy on Amazon. 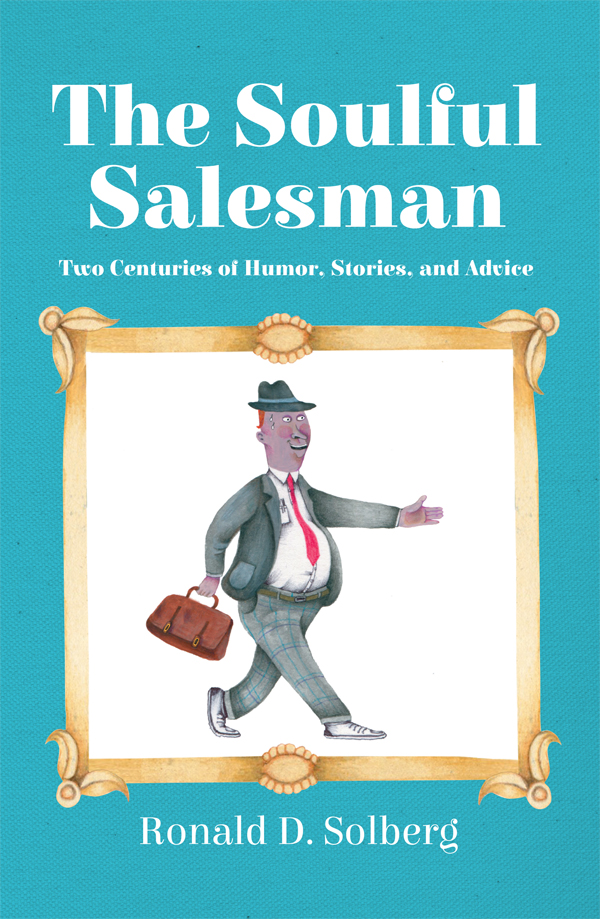 In perhaps the most comprehensive and entertaining treasury of salesman lore ever published, The Soulful Salesman provides us with the best of the best of salesman humor, advice, and stories.

The book’s message is the timeless advice and counsel of nearly 200 different figures. The book also features dozens of stories, anecdotes, jokes, riddles, definitions, and one-liners, spanning more than two centuries of Americana. Solberg includes personal essays that tap into his personal experience with salespeople who have influenced him.

Solberg’s “Soulful Salesman” represents the universal everyman and everywoman who worked our ways and byways and is a record of what these, the most successful of all time, said and did to make the sale. Solberg trusts their stories and advice may help readers make their own sales, whatever, wherever, and whenever they may be.

Ronald Solberg grew up as the son of a Fuller Brush Man, eventually becoming a door-to-door salesman, working his way through college by selling brushes brooms, and waxes. Following graduation, he taught high school English and journalism before working as a Chicago-area association and corporate public relations and marketing executive. Most recently, after completing his first book on the history of America's traveling salesman--The Whizbangs of Oohs and Has--he was recruited by the Illinois Humanities Council to serve on the organization's Road Scholar speaker's bureau program for a two-year stint to speak about his favorite topic--the traveling salesman.

Purchase The Soulful Salesman from Ronald or grab a copy on Amazon. 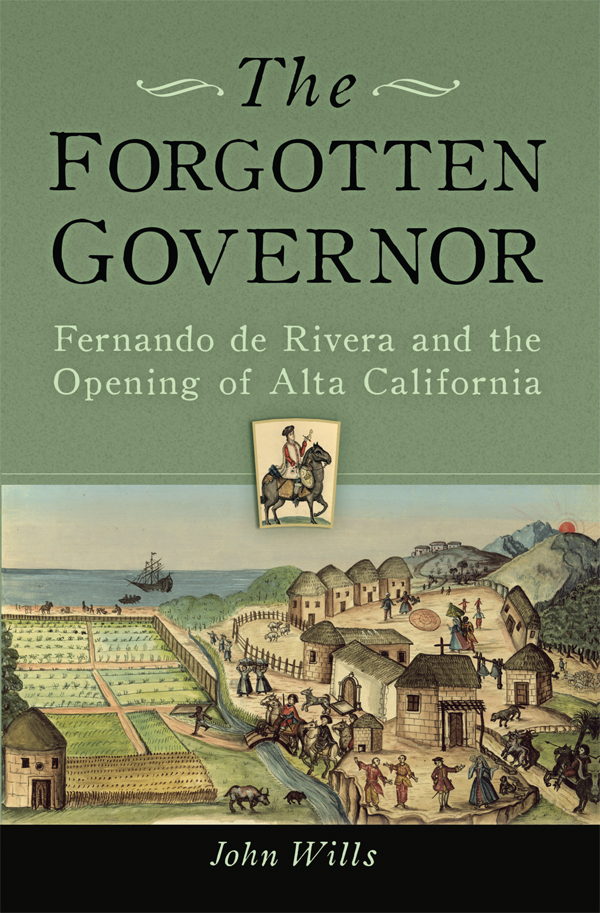 In 1768, Spain selected Don Fernando de Rivera to lead the Portolá expedition into Alta California. From that point until his death thirteen years later, Rivera was involved in every aspect of California's settlement: bringing settlers into the state, serving as military governor for several years, assisting in founding missions and presidios, putting down an Indian revolt.

But Rivera was a controversial figure. Embroiled in conflicts with Father Serra and Juan Bautista de Anza, and even at one point excommunicated from the Catholic Church for violating church sanctuary, Rivera's contributions are neither widely known nor appreciated.

John Wills is a professional economist who has written extensively in the field of taxation. This is his first foray into California history. Married with two children, he and his wife live in the San Francisco Bay area.

Connect with John at www.fernando-de-rivera.com, purchase The Forgotten Governor from him, or grab a copy on Amazon. 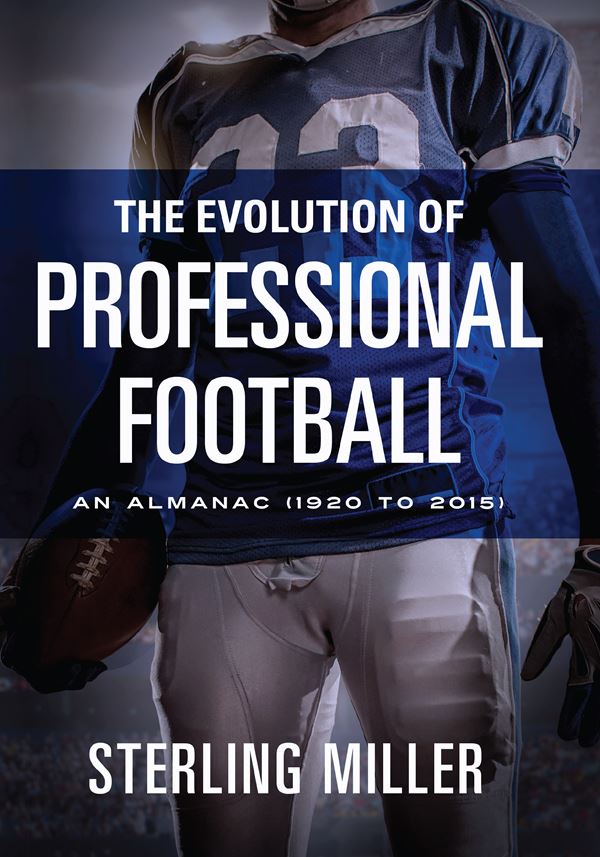 A must-have for any true football fan, The Evolution of Professional Football is a one-of-a-kind source for the evolution of the National Football League since its inception in 1920. Unlike others, this almanac offers an accessible, easy-to-read format setting out the history of the league, its teams, and its champions. Learn about all the original NFL teams, such as the Dayton Triangles and the Minneapolis Mariners, along with yearly champions, key facts from each year, awards, and other "must-know" information for the true football fan.

Additionally, this book offers a trove of stats and facts including Hall of Fame inductions, Super Bowl and playoff appearances, important changes in the rules of the game, and even an explanation of how the salary cap works. The Evolution of Professional Football is an essential addition to the library of any true fan.

Connect with Sterling at www.SterlingMillerBooks.com, purchase The Evolution of Professional Football from him, or grab a copy on Amazon.

Last, but certainly not least, is... 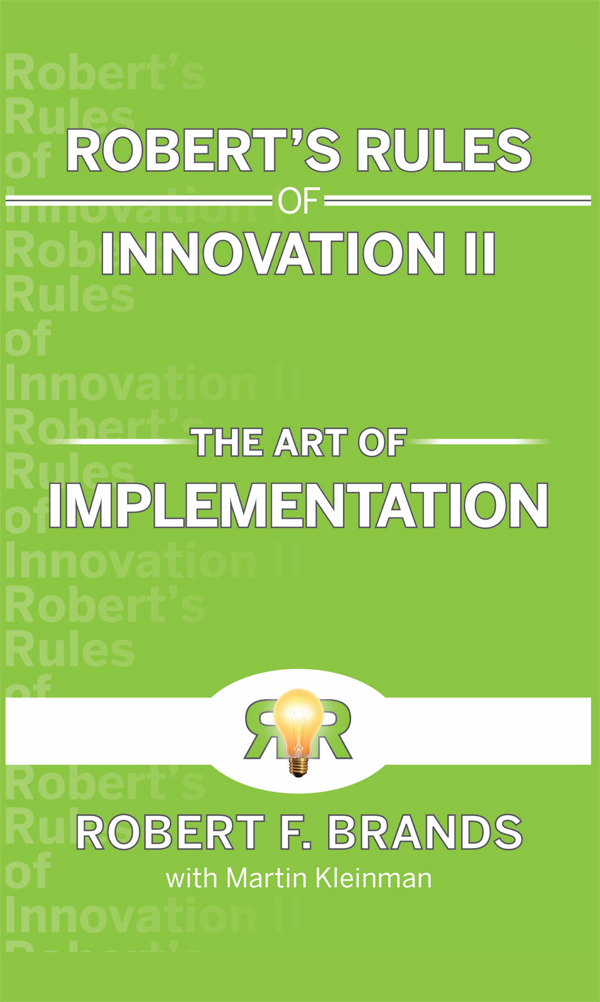 In Robert's Rules of Innovation II: The Art of Implementation, innovation thought-leader Robert Brands introduces readers to the best and most recent thinking of his international network and shows how to permanently implement a culture of Innovation in one's work environment.

Brands has led innovation-driven companies around the world, and, on these pages, these international experts share their passion for innovation and the Art of Implementation and provide hands-on tips in an informative and entertaining manner.

Brands' hands-on experience in bringing innovation to market spans decades, and includes the creation and improvement of product development processes and company culture. He has delivered on his pledge to bring "at least one new product per year to market" -- resulting in double digit profitable growth and shareholder value.

Connect with Robert at www.robertsrulesofinnovation.com, purchase Robert's Rule of Innovation II from him, or grab a copy on Amazon.