What's new at Mill City Press this week? We've got six books making their grand entrances into the world today. 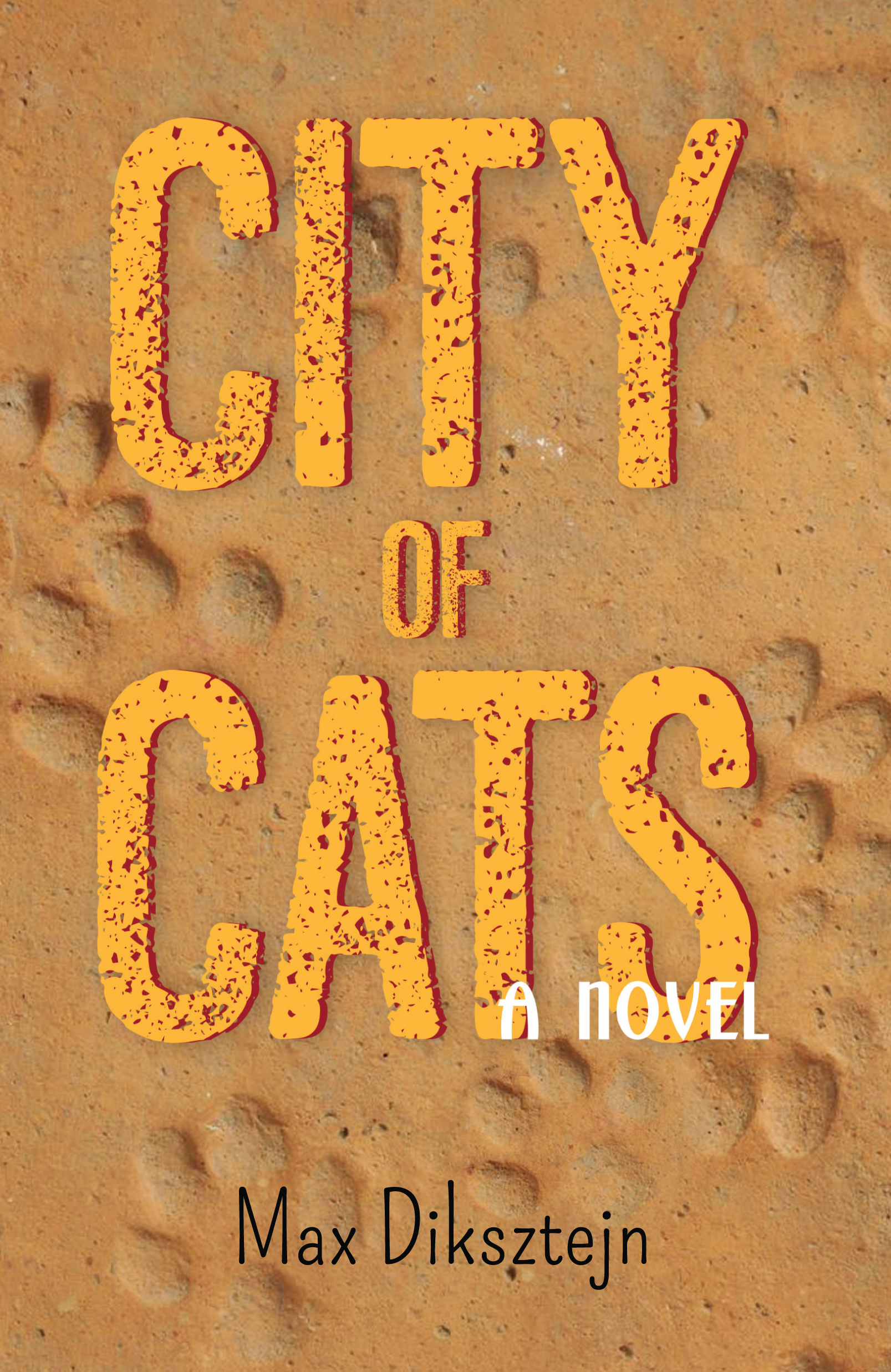 In the late Roman Empire, City of Cats follows the tumultuous events of one decisive year in the life of Lupicinus, powerful advisor to the Pope, who lives a duplicitous life as a clandestine non-believer, and Saturnine, the unconverted wife of a Christian senator who secretly writes against the Church.

Lupicinus and Saturnine are brought together and their lives changed forever by Kharapan, a Stoic philosopher from a remote land outside the Empire. Kharapan remains true to his principles and loyal to his friends even as he, and the ancient idea of philosophy as a way of life itself, teeter on the brink of extinction.

City of Cats, deeply relevant to our time, is about the soul-rending decisions people are forced to make when the course of history is against them. It is a brilliant and thoughtful exploration of the philosophic way of life that once flourished in Western culture.

Max Diksztejn lives in San Francisco. City of Cats is her first novel.

Grab a copy of City of Cats on Amazon. 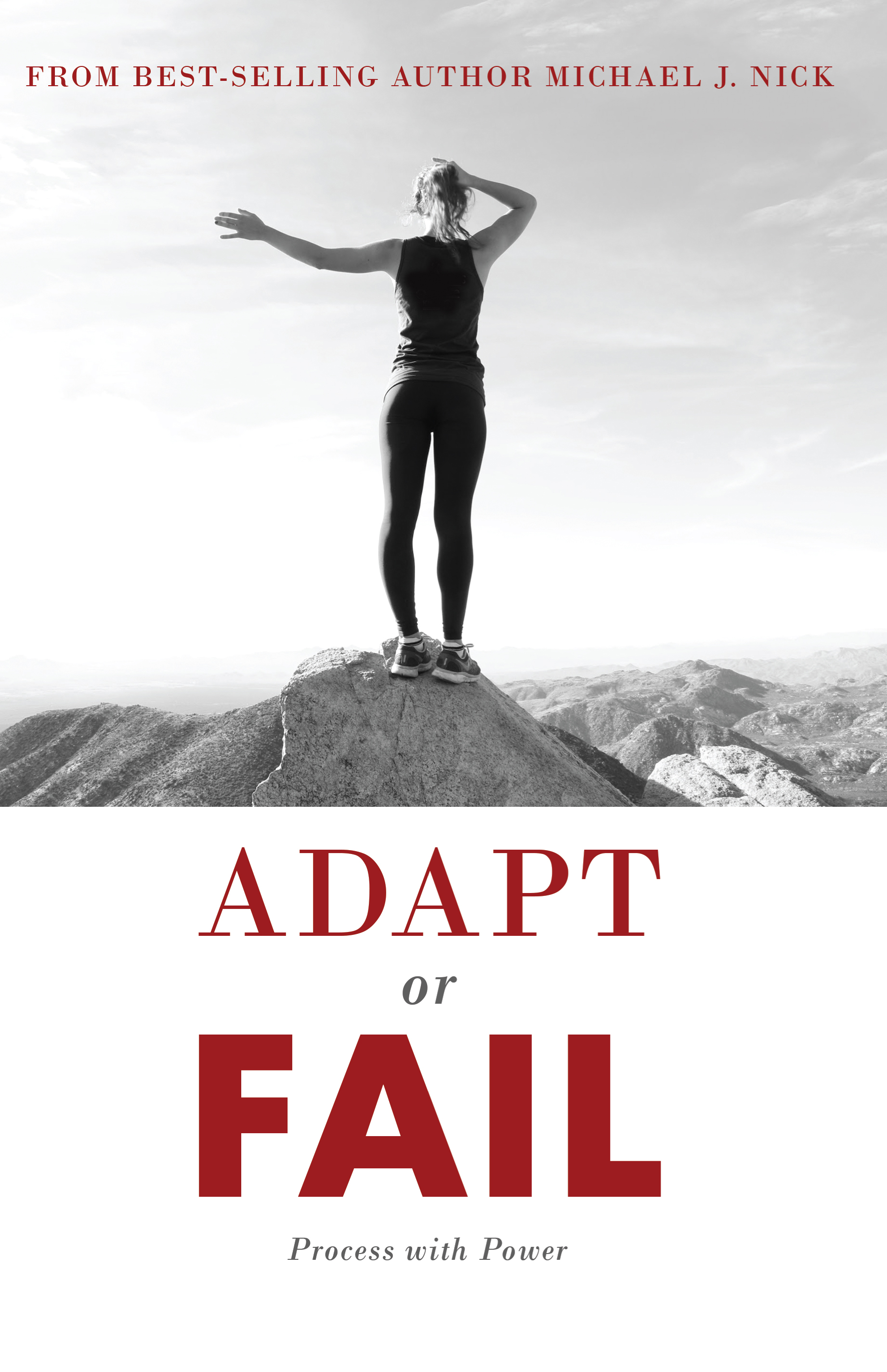 Today’s millennial is tomorrow’s buyer. Millennial customers are more informed and skeptical, and their way of buying is completely different than Gen X’ers and Baby Boomers. This means that sellers must adapt—or risk being left behind.

In Adapt or Fail, top sales executive Michael Nick teaches you how to:

Adapt or Fail is the single guide that can help you better understand your customer, have more confidence throughout the buying process, and most importantly—close the sale. As Nick writes about deals closed in the past, “Many of these projects failed because of the buyer’s lack of a deep understanding of their issues.” Adapt or Fail ensures your customers will make the right decision, every time!

Michael Nick is an international leader and expert in sales process and enablement. Founder of the ROI Selling program, Michael has worked with Rockwell Automation, Fiserv, Autodesk, HewlettPackard, Emerson, Compuware, Ingersoll Rand, Bomgar, and Microsoft Great Plains, and has been published in Selling Power, Sales & Marketing, and Top Sales World magazines. In 2015, Michael was named for the third year in a row as one of the top 50 most influential sales and marketing leaders in the world by TSW—for the third year in a row, and he ranks in the top 50 sales gurus as listed by Sales Guru. Michael is the author of three best-selling books: ROI Selling, Why Johnny Can’t Sell, and his latest Amazon top-ten business book, The Key to the C-Suite.

Connect with Michael at his website, purchase Adapt or Fail directly from him, or grab a copy on Amazon. 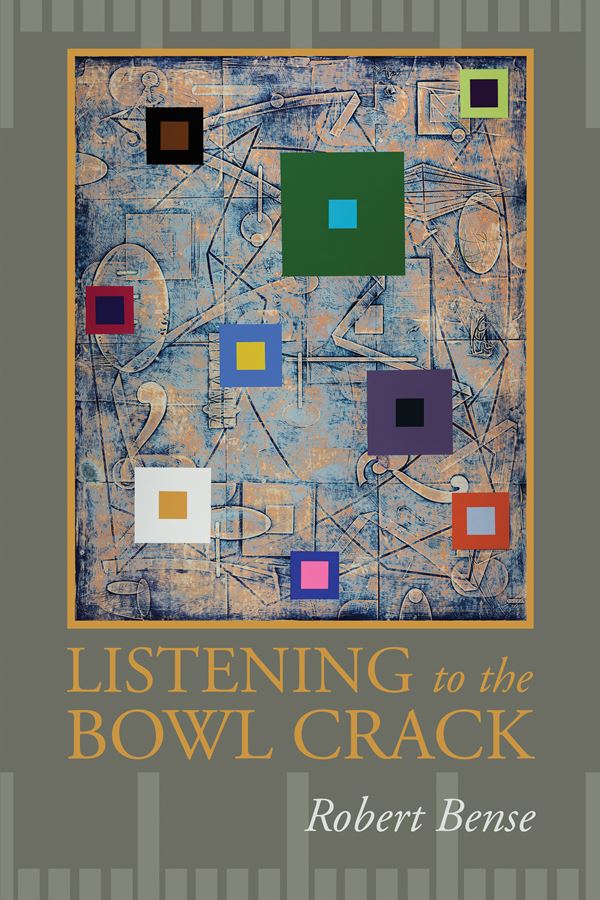 In Listening to the Bowl Crack, Robert Bense shares a poet’s view of the world. It is a world of searching and remote voyages, small moments and discovery, where language creates emotion and draws us in for still another line, one more poem.

From grand opera to a temple garden of azaleas, Bense’s poetry carries us across poignant landscapes of myth, memory, and daydream. In verses such as those found in “Peacock Hill” we encounter the past touching the present and edging toward the future:

I read their names.
Touch their stones.

My tracks are all over.
I could leave. Or stop here
and disappear.

And, at some point, readers may realize that through Listening to the Bowl Crack, Bense has created a world in which we all might wish to travel.
A native of Illinois, Robert Bense studied Classics and Philosophy at the University of Illinois, The Great Books at the University of Chicago and Literature at Southern Illinois University. He has taught in college English departments in Illinois, New Jersey, Virginia and Pennsylvania. He now lives in California with his young Airedale Henry.

Grab a copy of Listening to the Bowl Crack on Amazon. 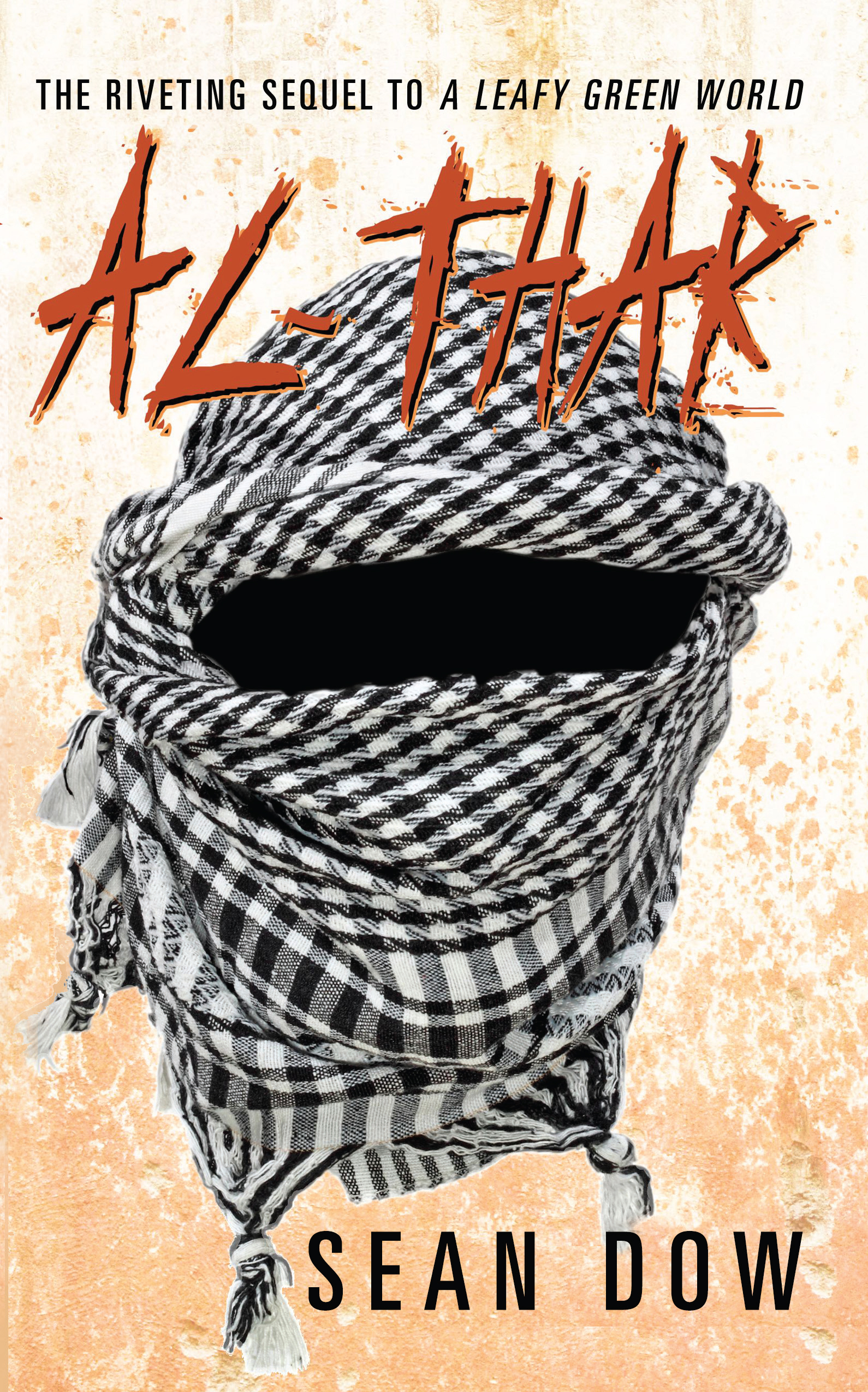 Life isn’t easy after preventing what would have been the most disastrous terror attack the world had ever seen. Secreted away in a remote Philippine village Dr. Brent Holcomb is blissfully unaware of how close his enemies are to finding him and exacting their gruesome revenge.

That respite comes to a violent end in a vicious attack on his new home. As Brent realizes he can no longer run from those who are hunting him he starts his own course of al-thar (revenge). Can Brent top himself and bring the ruthless mastermind to an end, along with his council of terrorists? Join Dr. Holcomb and his cast of friends as they try to pull off the most improbable con ever conceived, and to do it as the clock races toward the final destruction of America and the beginning of the new caliphate in this timely novel that one reviewer said forced her to remind herself that it was a piece of fiction.

In Al-Thar, Sean Dow delivers a sequel with even more action and intrigue than A Leafy Green World.

He was born in Iowa City, Iowa, and raised in Topeka, Kansas. He graduated from the University of Kansas School of Medicine, where he also did his internal medicine internship and residency. He completed his sub-specialty training in Tucson, Arizona, at the University of Arizona College of Medicine.

After finishing his fellowship, Dr. Dow began a solo practice in the high desert community of Klamath Falls, Oregon—an understated gem of the world. The people of that fine Northwestern community hold a dear spot in his heart.

When not practicing or writing, Dr. Dow can be found in the kitchen or on a mountain stream with his favorite fly rod, two interests that often show up in his novels.

Grab a copy of Al-thar on Amazon. 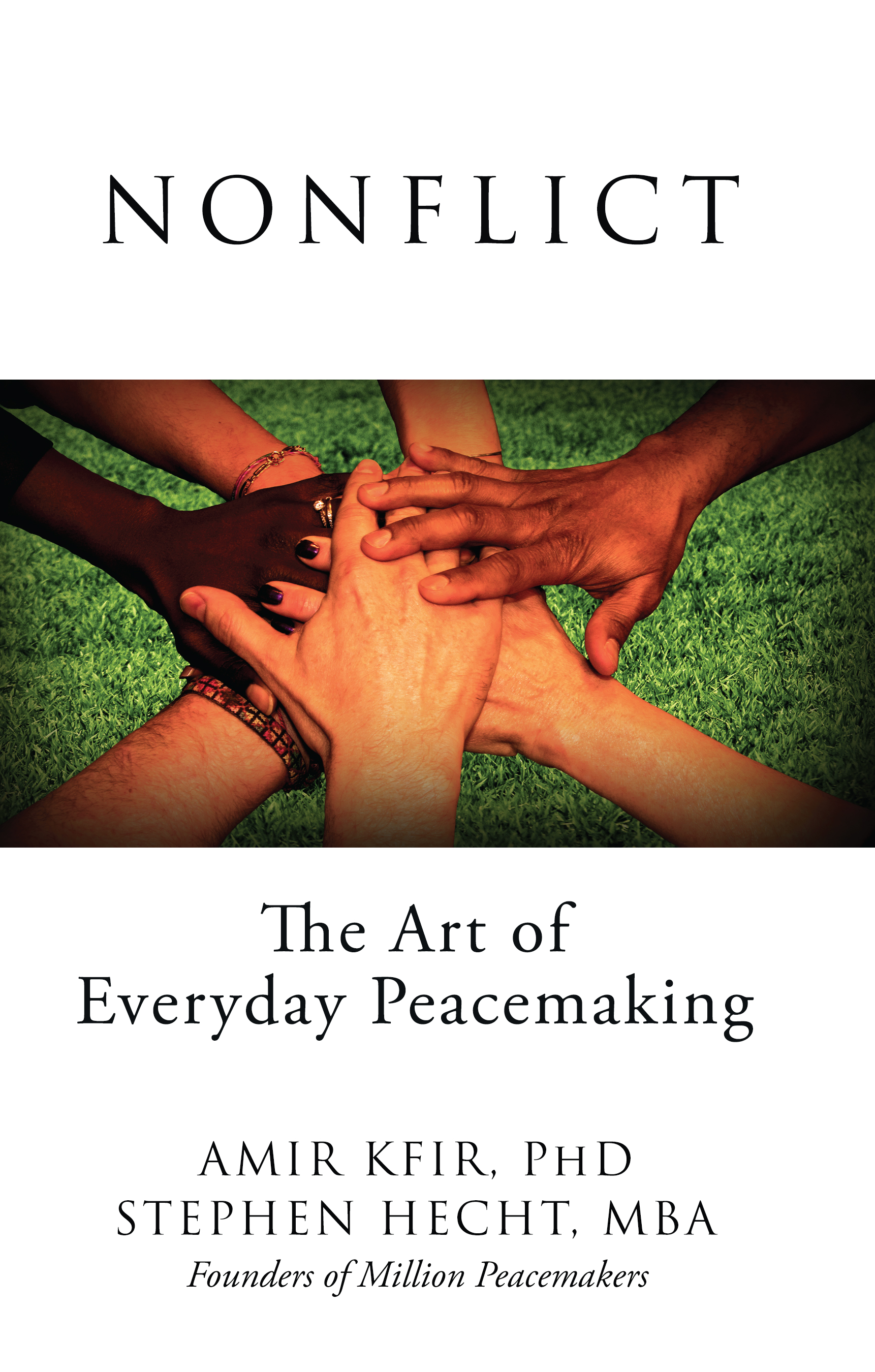 “[Nonflict] helped me immediately with a vital meeting with my employees and their union. It even helped me resolve an explosive conflict between my wife and teenage daughter leading to hugs.” -Jason Rosset, CEO, Accuworx

“Nonflict helped [my students] resolve the most difficult conflicts we could imagine and to take these much needed valuable tools home to share with others.” -Dr. Jim Torczyner, Professor of Social Work, McGill University

Authors Dr. Amir Kfir and Stephen Hecht offer you practical tools and easy-to-follow exercises for dealing with conflict, regardless of the cause. Using their own and other real life examples you will soon realize that conflicts are merely opportunities in disguise.

Dr. Amir Kfir is an organizational psychologist with Amirror and has facilitated Peace Action Forums globally, including Israeli-Arab, Arab-American, Greek-Turkish, Armenian-Turkish, and Jewish-Muslim forums. For over 25 years, Amir has been helping companies worldwide in organizational transformation and has been a leader in the Young Presidents’ Organization (YPO) forum methodology process.

Stephen Hecht, President and Chief Executive Peacemaker of Million Peacemakers, is the winner of numerous national and international business and community awards and is a leader in YPO. With over 30 years in private and public businesses, divorce, re-marriage, kids and step-kids, Stephen has experienced many conflicts and shares some of the lessons learned from his own journey and some from the triumphs of the many he has helped.

Connect with Stephen and Amir at their website, purchase Nonflict directly from them, or grab a copy on Amazon. 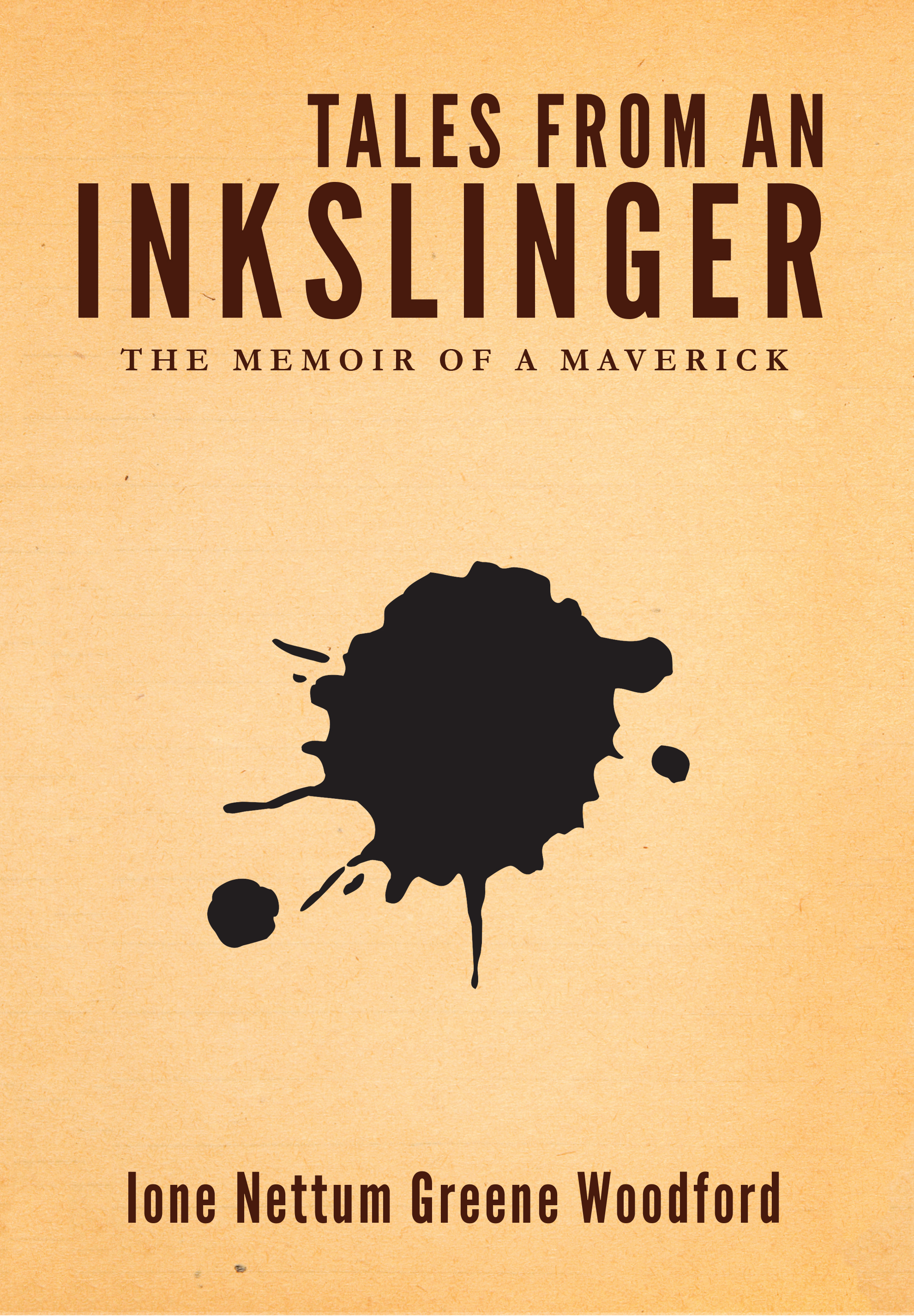 In 1929, a band of gypsies invaded the North Dakota farm where five-year-old Ione Nettum lived with her family. Though shocking and scary, the encounter left behind something more precious than anything they stole: wanderlust, the desire to move, to travel, and to taste all that life has to offer.

Tales from an Inkslinger: The Memoir of a Maverick, is the story of that life—a life lived both simply and on the road, and a life of romance filled with both grand adventure and simple pleasures.

Looking back on the nine decades of her life, Ione picks and chooses her stories, giving us—her lucky readers—glimpses not only into her life, but into the changes the past century has held.

Even now, with the Internet making the world a smaller and smaller place, her joys and experiences in life as a Wander Vogel (bird of passage), are some most readers can all only dream of matching.

Ione Nettum Greene Woodford, alias "The eccentric aunt," lived her early life on a farm near Kindred, North Dakota. After college at Concordia, Moorhead, Minnesota, she attempted to teach music and English in public schools for twenty-five years. Later, she owned a gift shop in the  Camden area of Minneapolis, Minnesota. Following that enterprise, she worked at sundry jobs while still scratching her travel itching heels. These are a few of her life's narratives.

Purchase Tales from an Inkslinger directly from her, or grab a copy on Amazon.