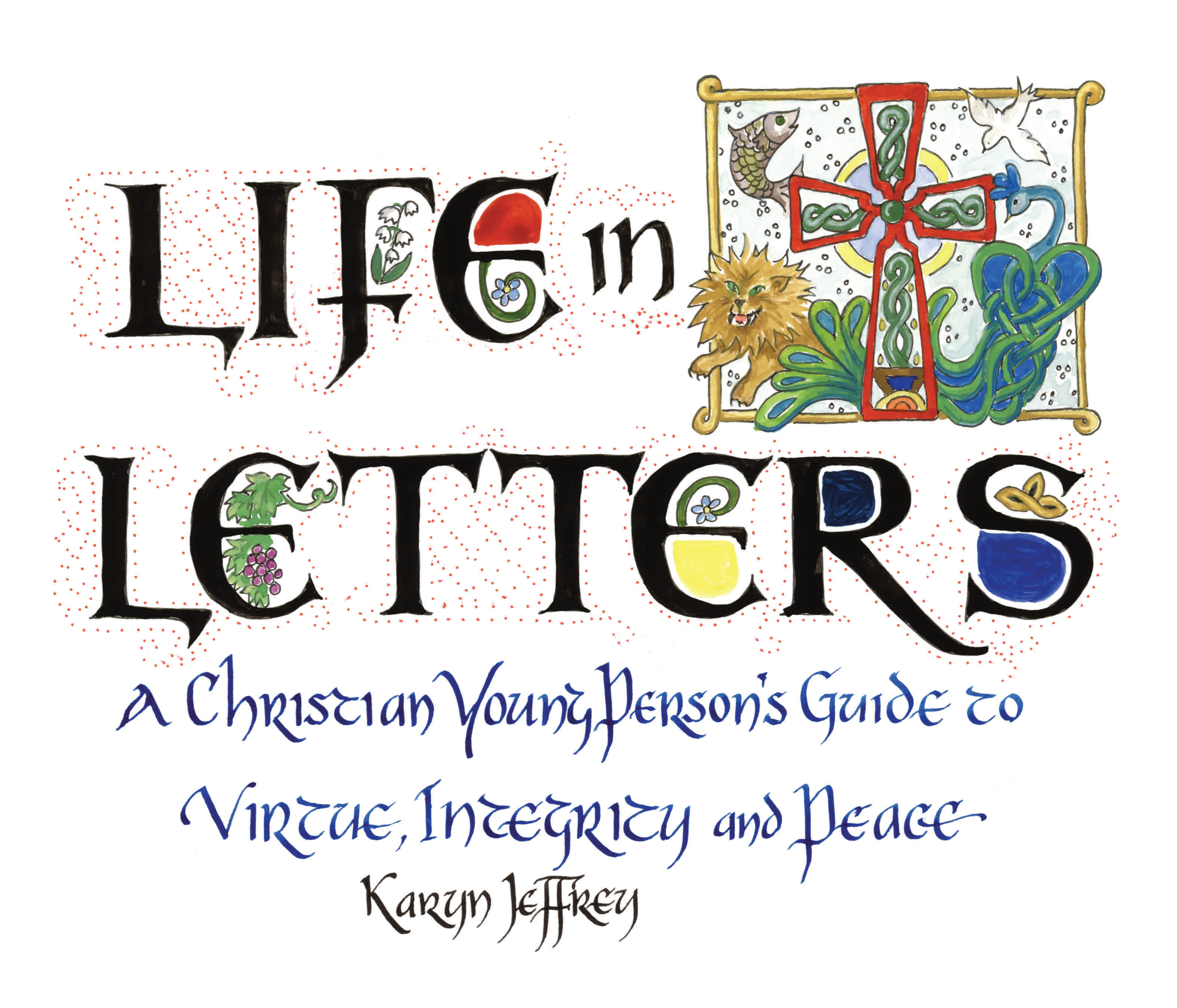 In Life in Letters: A Christian Young Person’s Guide to Virtue, Integrity and Peace, readers are presented with a colorful and contemporary painted alphabet that draws its influence from the medieval images used in illuminated manuscripts that were rendered by the ancient scribes. Each image is accompanied by hand-lettered words of counsel that provide encouragement to middle-grade-aged children who are looking to live a life that is pleasing to the Lord. Additionally, each letter is also paired with a corresponding Scripture passage that emphasizes God’s unchanging love for him or her. Though the book is primarily intended for children, parents are invited to take an active role with a discussion guide featuring questions to inspire conversation throughout the reading experience. The end result is a family devotional that will be cherished by readers young and old for years to come.

Karyn Jeffrey is an artist, calligrapher, and writer. With a background in English and a degree in art from Western Oregon State University—and experience teaching and working with children— she blends her love of words and images to make books and works of art. Karyn has two grown children and eight grandchildren, and lives in Eastern Washington State with her husband and mother.

Connect with Karyn at her website, purchase Life in Letters directly from her, or grab a copy on Amazon. 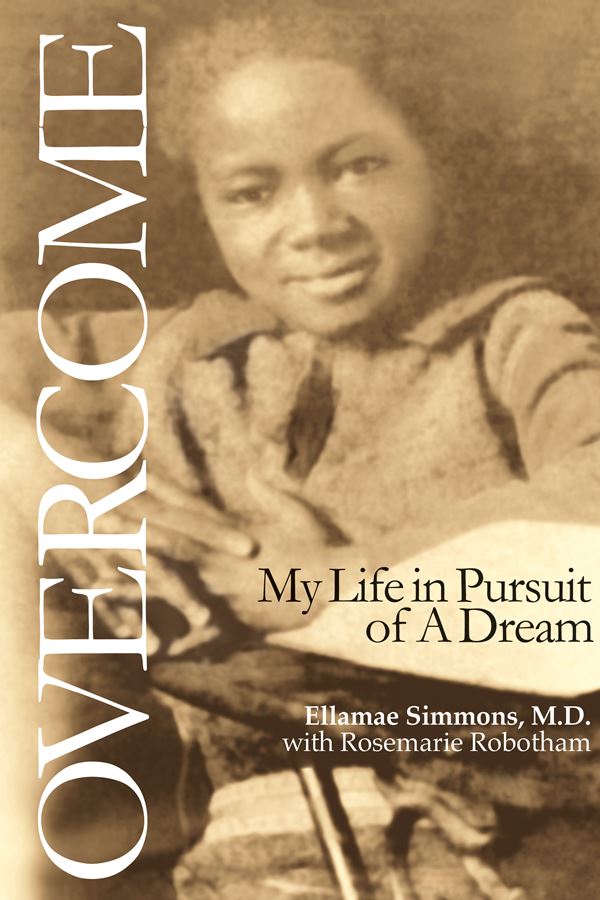 Tracing the unforgettable tale of a little black girl from a small Ohio town who dared to dream above her station, this memoir captures the larger history of black people in America, from the arrival of Ellamae Simmons’ ancestors aboard a slaving vessel in 1775, to the electrifying election of the nation’s first African American president.

Ellamae came of age at a time when even the most gifted Negro girls were expected to become domestics in white homes. But Ellamae yearned to study medicine, and she set about creating a world in which she could do just that. For most of her 97 years, she has been writing her story of struggle and triumph against the odds, refusing to let disappointment or heartbreak turn her aside.

Delving into themes of inclusion and social justice, education and mental health, marriage and family, this is the story of a woman who wasn’t content to just witness history, she went out and made her own.

Ellamae Simmons, M.D.., was the first African American woman to specialize in asthma, allergy and immunology in the United States. A graduate of Hampton University and Howard University’s College of Medicine, she was also the first black woman to join the staff of Kaiser Permanente’s medical group, based in San Francisco. She later founded the first Osher Lifelong Learning Institute in the HBCU system at her beloved alma mater, Hampton.

Rosemarie Robotham, a former senior editor at Simon & Schuster and deputy editor of Essence magazine, is the author of five books. A graduate of Barnard College and Columbia University’s Graduate School of Journalism, she has collaborated on numerous other literary works. She lives in New York City with her husband and two children.

Grab a copy on Amazon. 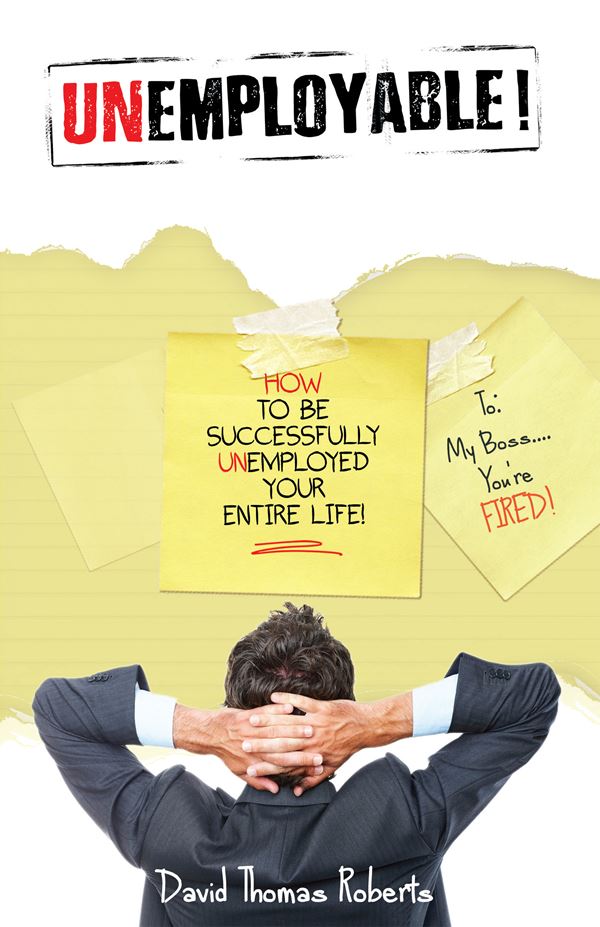 Roberts makes the case that this may be the greatest time in history to start a business! Using Roberts' strategies and principles in this book, learn how to become “UNEMPLOYABLE!” your entire life! Most of us are taught to get a good education and a good job. The idea that we should be content to have someone else dictate our daily commute, our income, schedules and vacations is the accepted norm. To some, the idea of life in a cubicle eight hours a day is akin to torture! What does it really take for someone to jump off the employment treadmill and participate in the free enterprise system, unencumbered by traditionally accepted myths?

A serial entrepreneur his entire adult life, David Thomas Roberts has been in business for himself for over 35 years since the age of twenty-one. Roberts saw first-hand how his step-father was treated by a major U.S. corporation whom he had devoted his entire life to, promising himself never to have job working for someone else. Roberts has built a lifetime of success in the defiance of accepted business norms which has led him to be dubbed, “The Renegade Capitalist™”.

Roberts has built numerous successful businesses, in the freight industry, telecommunications, distribution, network-marketing and publishing. He is the founder and CEO of Teligistics, a leading telecom multi-million technology management firm that was started on metal folding card table in a closet with $1,000.

Roberts has one U.S. Patent to his credit and another three patents-pending relating to solutions he developed for large enterprise companies for managing global telecommunications expenses.

Purchase Unemployable! directly from David or grab a copy on Amazon.