What's new at Mill City Press this week? We've got five books making their grand entrances into the world today. 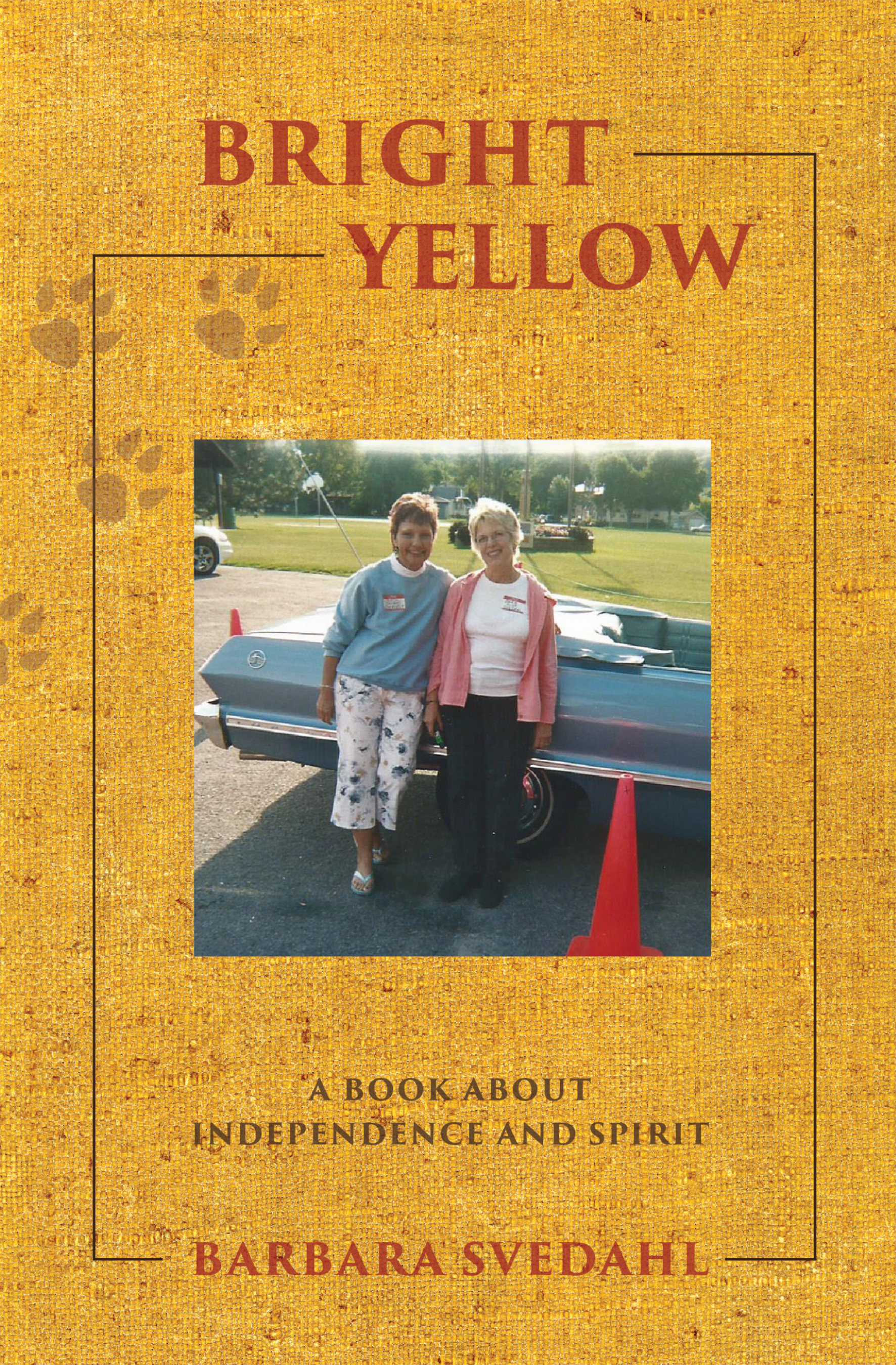 “I was five on that day in 1948 when Mother pulled out the map of Minnesota, closed her eyes, and placed a finger randomly.” So begins the life story held within Bright Yellow on the day that the author’s mother left her father and moved them to Minnesota.

From her mother’s days as a home economist for Northern States Power to her work with Therapy Dogs International, her drive—and friendship—inspired and influenced those around her, including her daughter.

Eventually, Barb started searching for her own answers to help her explain some of life’s coincidences. The more she learned, the more she realized that the people who come and go from our lives all have stories to tell—and teach.

Barb’s own stories (and her mother’s) form the basis for this memoir of life as the daughter of a single mother. Liberally sprinkled with details of life in Minnesota during the last seven decades, Bright Yellow is one woman’s story of life’s joys—and hardships—brought to the page with honesty and passion.

Barbara Svedahl grew up in Mankato, Minnesota. She has lived with her husband, in Prior Lake, Minnesota, for the past forty years. They have two sons and two grandchildren. After a thirty-year career with a major airline in the Twin Cities, retirement brought many new opportunities. She became the owner of a cat-related gift shop in Burnsville, Minnesota. After three successful years of owning the store, she began taking her unique pet items to the outdoor shows and events—this has become her passion.

Grab a copy of Bright Yellow on Amazon. 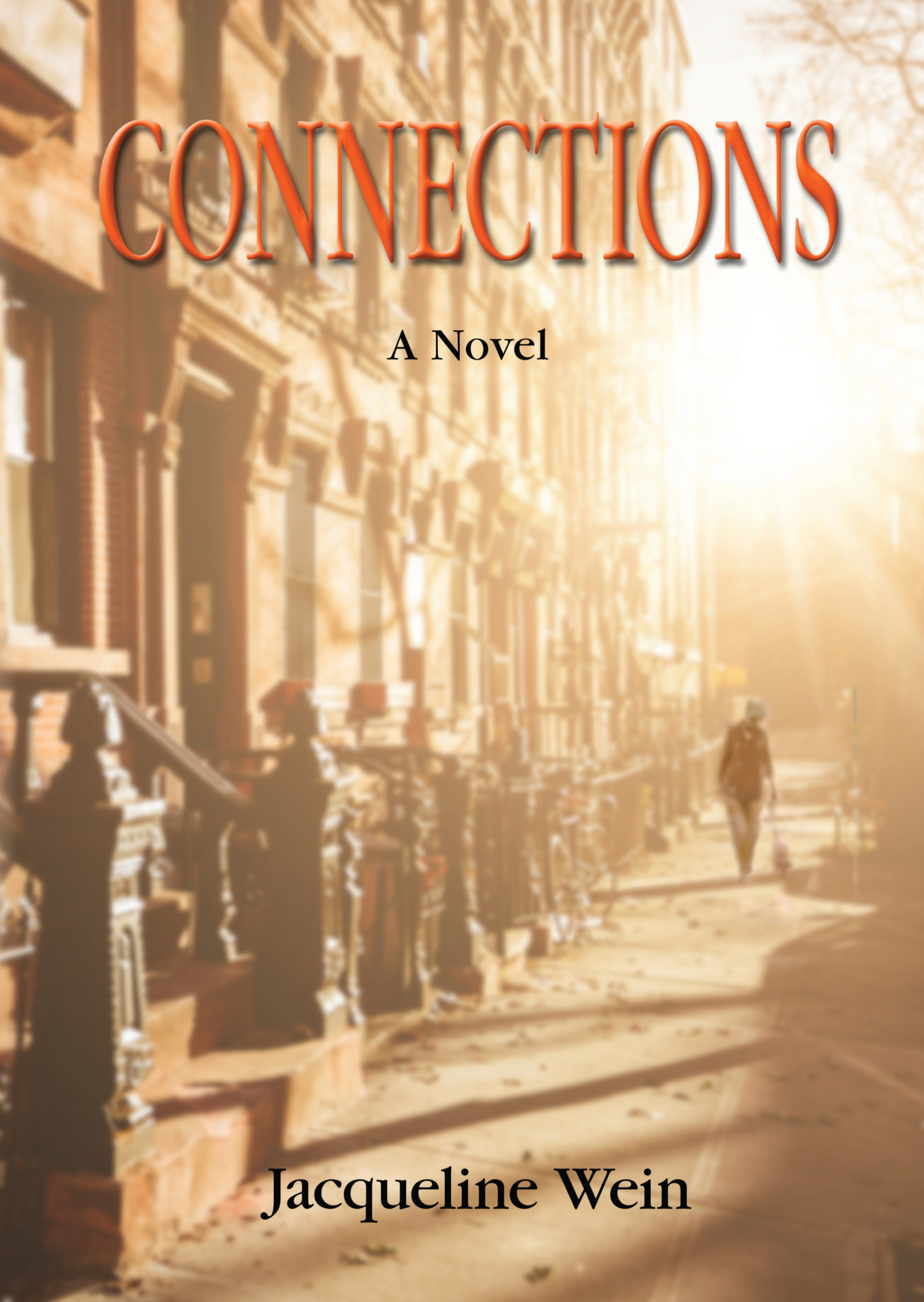 When their beloved pets are threatened, a group of ordinary New Yorkers find surprising new connections.

Played out against Manhattan’s aging brownstones, tree-lined streets and pre-war buildings, Connections brings together an intriguing cast of New Yorkers — a same-sex couple, a tough social worker finding love, a troubled boy, a lonely office manager — who all come together through their love for animals, and join forces against a terrifying menace.

Jacqueline Wein enjoyed a long and hectic career in a New York City advertising agency and its several incarnations. She edited copy, served as proofreader and unassailable office grammarian, organized forums for professional organizations, and edited two business books for their authors. Outside the office, she wrote a book of her own, Roommate, a suspense novel published by Crown.

Now retired, Jacqueline has written a story about another kind of roommate . . . the animals who share our lives, bond with us in intense, intimate ways, and nudge us into relationships.

The beloved dog who took her into the streets, shops, and sidewalk gossip exchanges of her Manhattan neighborhood many years ago gave her some background for this book.

She now splits her time between New York City and Florida, accompanied by her beautiful cat Asia.

Connect with Jackie on her website, buy Connections directly from her, or grab a copy on Amazon. 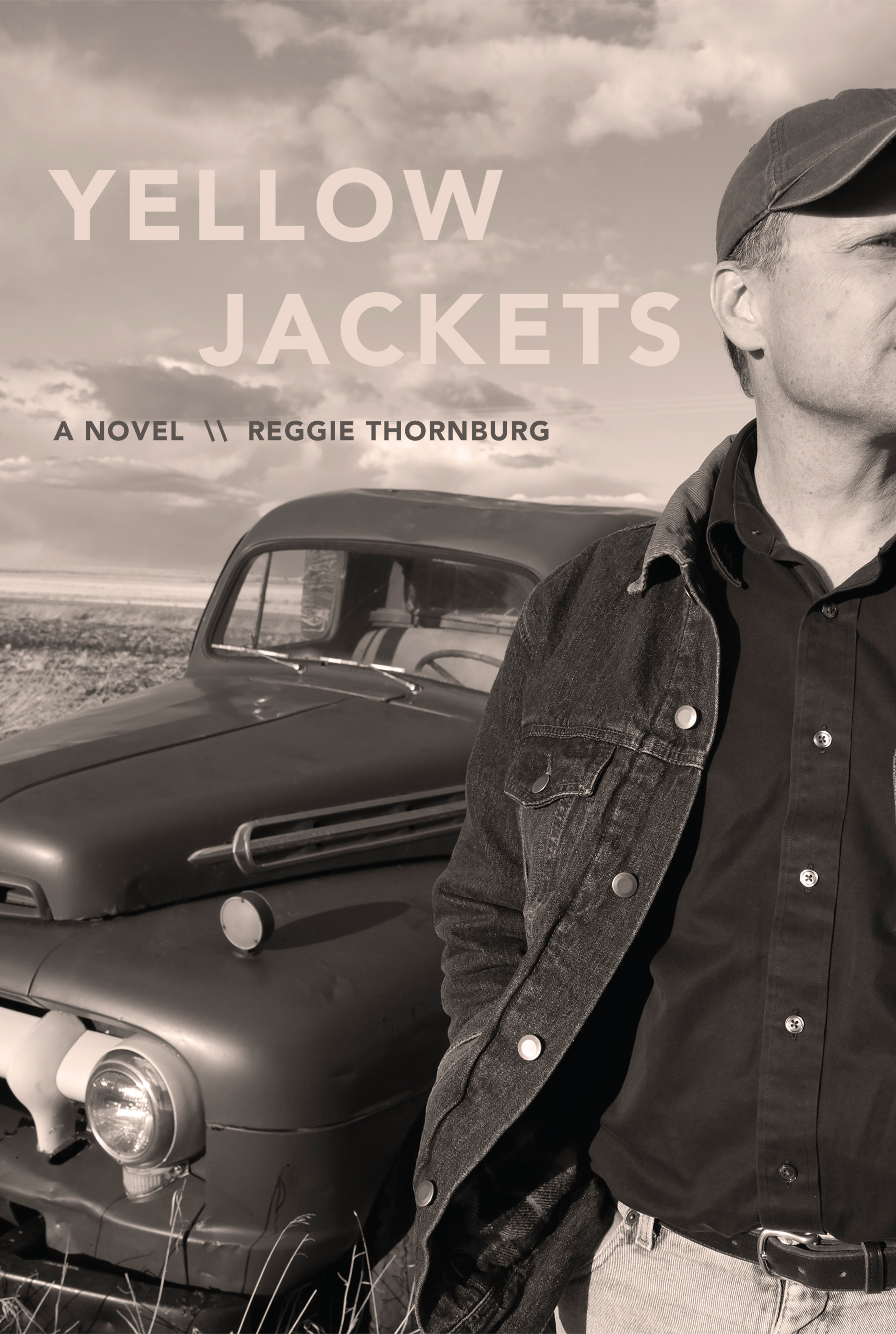 It was 1947, and seventeen-year-old Pete Forsythe had just arrived in the seemingly sleepy town of Van Horn in southwest Texas. Abandoned by his mother, the Chicago-bred teen went about adapting to life with his stuffy, well-to-do aunt and uncle.

Soon boredom, frustration, and rebellion lured Pete to a gang of veterans struggling to recapture the normalcy of their pre-war lives. Led by the enigmatic B-John, the group opens up a world of danger, mystery, and adulthood to Pete, while shining a light on secrets the townsfolk would rather keep to hushed whispers.

Torn between childhood and adult life, big city and small town, Pete is left to his own devices to determine whose version of morality is correct. He soon realizes no one is as good or bad as they seem in Van Horn.

Reggie Thornburg lives, ranches, and writes in the North Platte Valley between the Sierra Madre and Snowy Range mountains of southeast Wyoming.

Connect with Reggie on his website, buy Yellow Jackets directly from him, or grab a copy on Amazon. 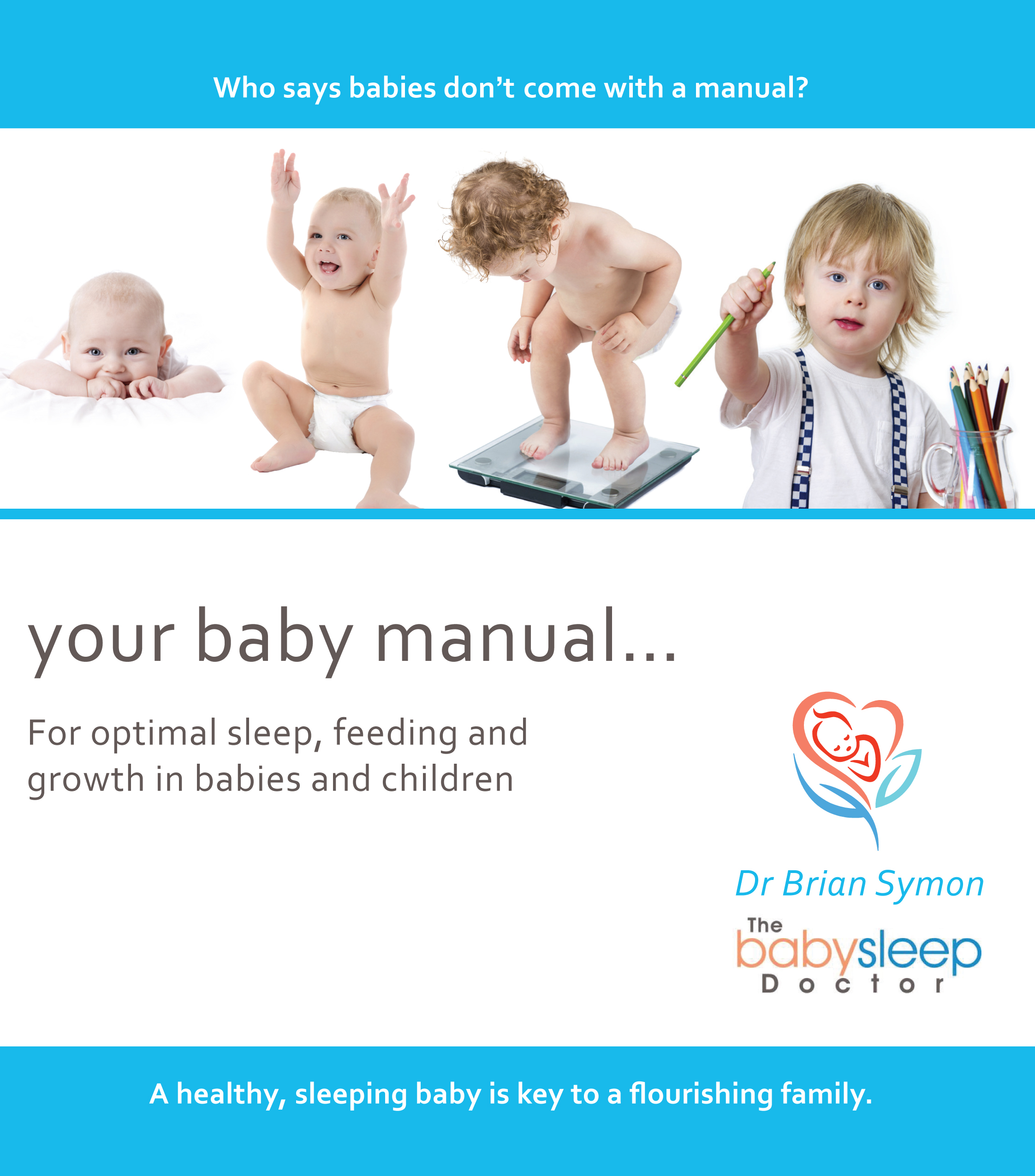 Parenting is an experience that can be joyous, rewarding, and deeply fulfilling. Caring for a newborn or toddler can surpass any other experience in life; it can be intense and raise powerful emotions that parents will remember forever.

Parenting is also complex--especially the beginning of the journey. There are challenges and busy times ahead. Dr. Symon's book is the complete baby manual for optimal sleep, feeding, growth and behaviour in babies and children. Its detailed and instructional chapters provide guidance and assurance for parents, and step-by-step advice by which to avoid or resolve sleep, feeding, growth, and behaviour issues in babies and children. It also provides information on the health of the mother and the entire family unit.

Connect with Brian on his website and buy Your Baby Manual... directly from him.

Last but not least... 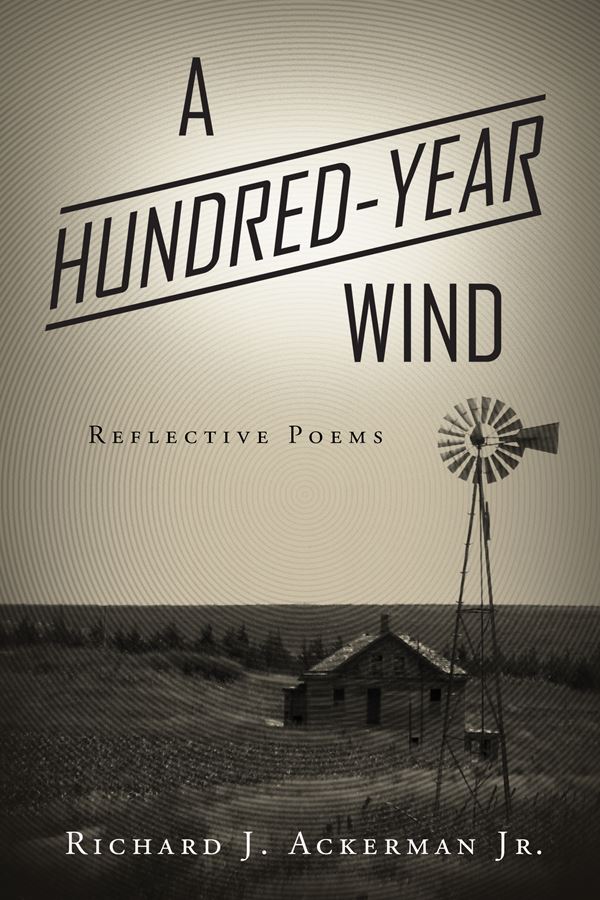 The sharp bite of nostalgia, the wars we fight against others and against ourselves, and the gentle heartbreaks and joys that sneak up on us with each passing year: these are the ingredients of life, and the heart of A Hundred-Year Wind.

In these pages we encounter Donald, who experiences a fresh slap of isolation when he returns to school after the loss of his family: “By association, / Fate of an ordinary day, / Might go horribly wrong again.” And Elva Lea, who “Recalled the long journey / That began in a tiny bungalow scarcely a hundred miles away, / A place where eight people tried to reconstitute a family / And failed.” We meet children who turn branches of oak trees into ships on waves of wind, and grandchildren who become “an image on a computer screen talking to a camera."

With profound observations of the turmoil that marks each new generation, these poems become our own, and serve as a reminder of the strength of those who came before us, and of the resilience found in us all.
Richard J. Ackerman Jr. is a retired orthodontist who was born and reared in Kansas where he attended public schools and university. He was a postdoctoral fellow at Harvard School of Dental Medicine and served three years in the U.S. Air Force Dental Corps during the Vietnam War. After twenty-one years as a full-time orthodontic educator at the University of Missouri Kansas City School of Dentistry, he retired and was appointed professor emeritus.  During the following thirteen years, he was a solo orthodontic practitioner in rural southwest Kansas until he retired a second time in 2010.  He and his wife split their time between Carlsbad, California and Estes Park, Colorado. They have two married children and three grandchildren. This is his first book.

Grab a copy of A Hundred-Year Wind on Amazon.