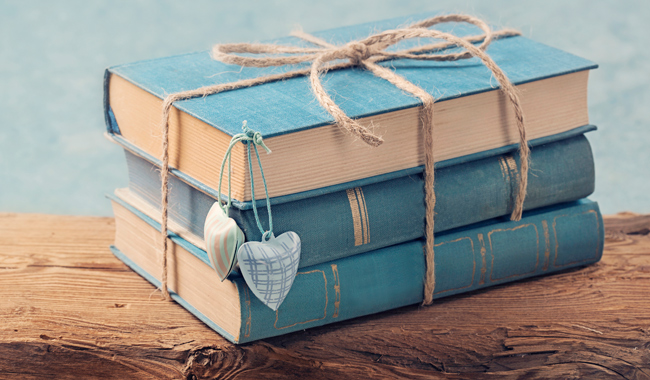 What's new at Mill City Press this week? We've got four books making their grand entrances into the world today. 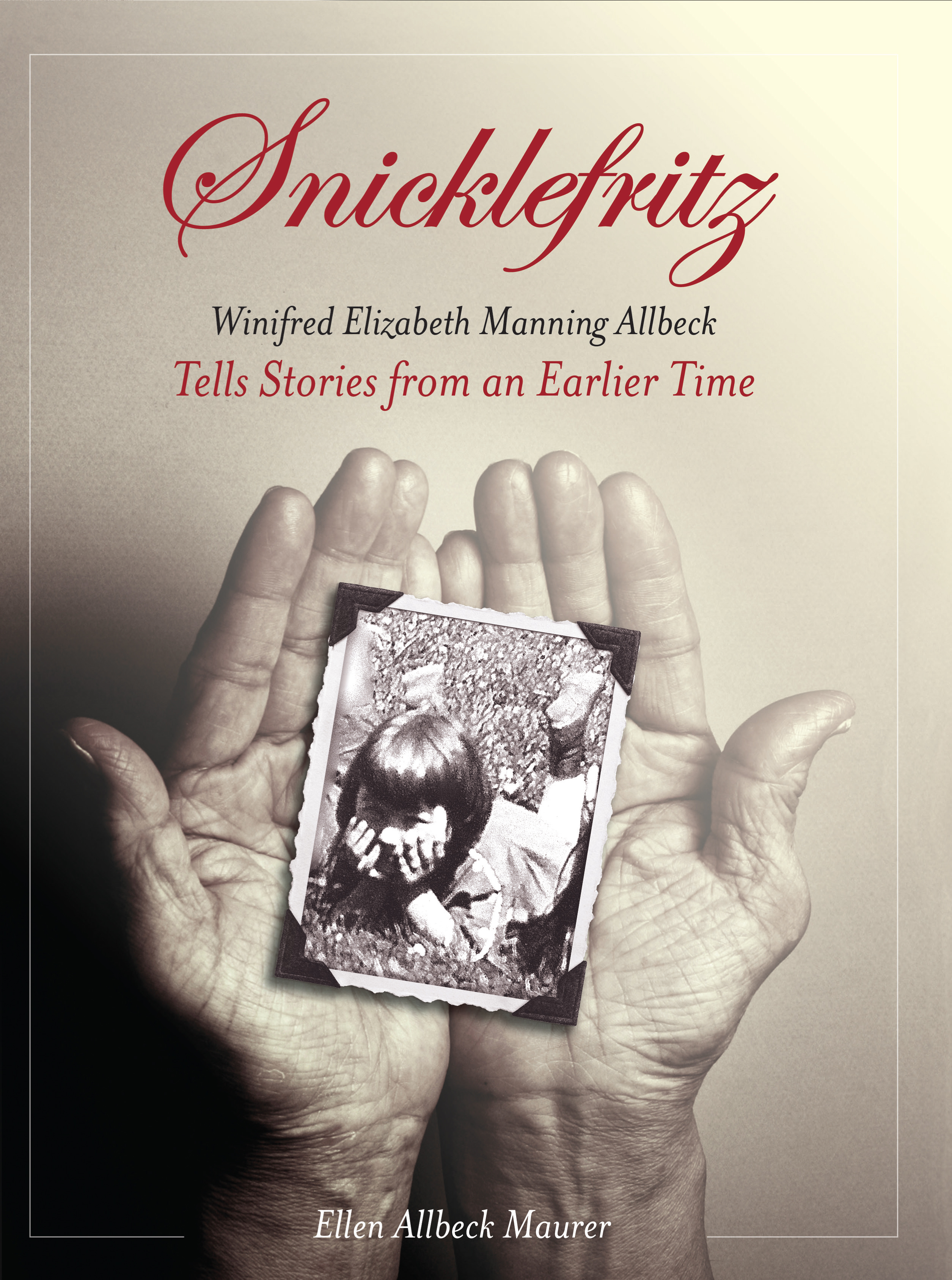 Winifred Elizabeth (Manning) Allbeck —“Snicklefritz” as her papa nicknamed her—began her life in the dead of winter when the world was being torn apart by The Great War and devastated by the Spanish Flu.

Nearly 100 years later, she and her daughter, Ellen (Allbeck) Maurer, tell her intimate story. From kerosene lamps and one-room schools to the Great Depression, times changed—and so did her life.

School years were followed by long-distance loves—and her world expanded to include a happy forty-four-year marriage. The secluded life of the farm girl of the early 1900s eventually blossomed into adventures in more than two dozen countries on three continents.

Snicklefritz relates comical anecdotes and tender memories in Allbeck’s own voice, and more than 1,000 photos, sketches, recipes, diaries, and letters illuminate the stories, just as the tales themselves shed light on a world that most of us have only seen in fiction.

A descendent of the founders of both Bloomsburg and Eyers Grove, Pennsylvania, author Ellen Allbeck Maurer holds communication degrees from Pennsylvania State University and the University of Wisconsin-Madison. She has been a 4-H agent; taught communications on the university level; and worked as a science writer/editor/photographer in 14 countries. She is the daughter of Winifred Elizabeth Manning Allbeck, and the transcriber of her stories.

Connect with Ellen Allbeck Maurer at her website snicklefritzbook.com or grab a copy of Snicklefritz on Amazon. 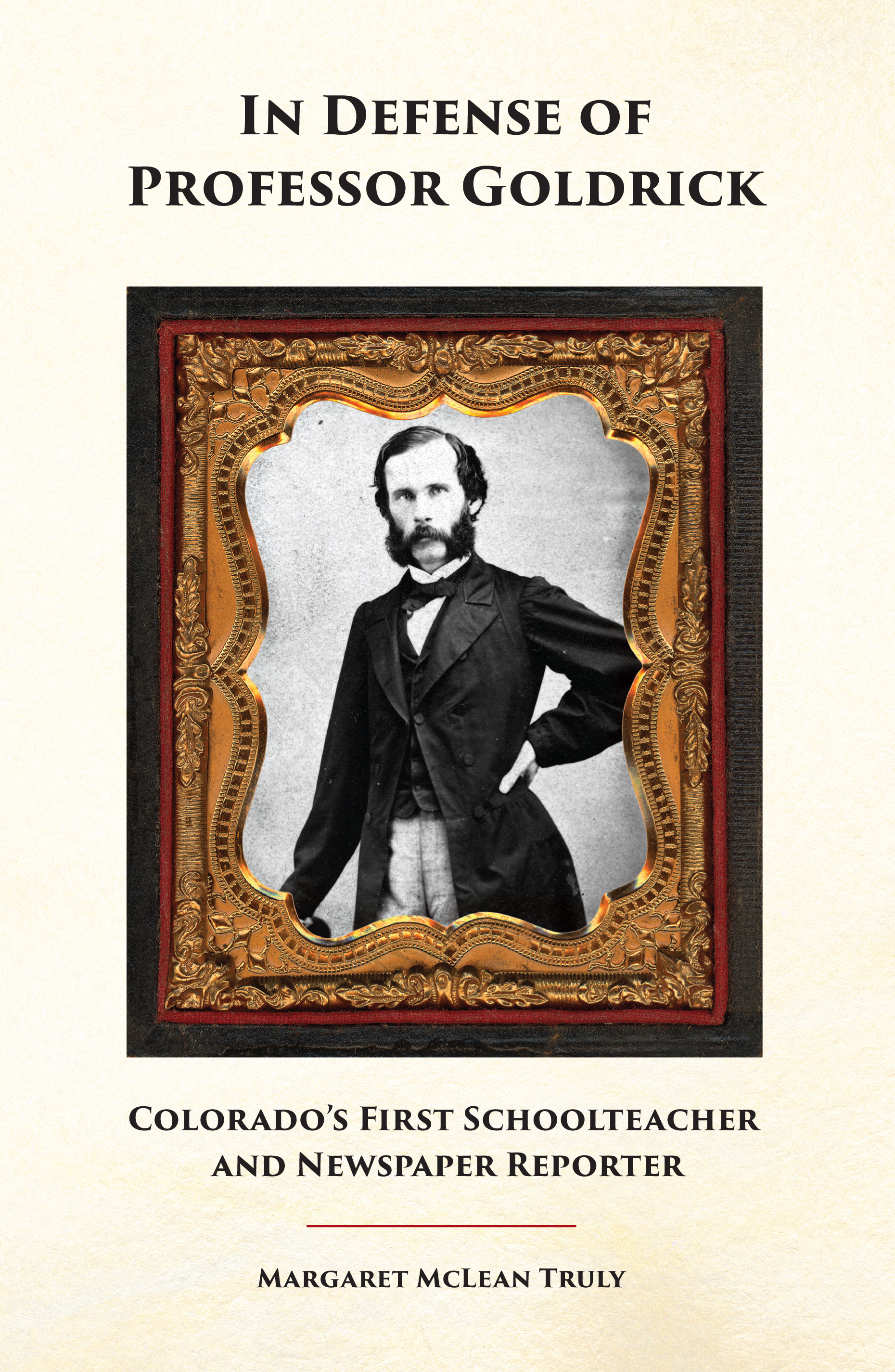 O. J. Goldrick awed and stunned the pioneers in the dusty mining town of Auraria (later Denver) when he arrived driving the lead wagon of an ox-drawn caravan. He was dressed in a tall silk top-hat, a cut-a-way coat, kid gloves with a natty matching cravat, and he was instructing the oxen in Latin. The pioneers dubbed him "Professor" and began planning the camp's first school with him as teacher. He was eccentric and blunt but also a very knowledgeable charmer. Soon, he was writing as the first roving reporter for the newly formed Rocky Mountain News. He was Colorado's first schoolteacher, first newspaper reporter, helped to establish the first library, and first Sunday school, and was elected the first superintendent of schools for Arapahoe County. Later, he established his own newspaper, the Rocky Mountain Herald. When he died of pneumonia in 1882, everyone knew him, but knew very little about him. This biography tells his story accurately for the first time.

Goldrick biographer, Margaret McLean Truly, spent three decades tracking information about the brilliant, eccentric, elusive O. J. Goldrick. He refused to talk about himself, and when he died, his public knew him but knew nothing about his true history. Truly located six of his great-great-nieces scattered from California to Pennsylvania. She obtained original letters written in the 1800s by the professor, his siblings, and his father, along with a diary written by Goldrick's older brother. This led to the establishment of the Goldrick Family Collection at the History Colorado Center in Denver. Bringing the letters together not only allowed her to document her work, but made it possible to weave a story based on the documents and articles in reams of microfilmed newspapers. The result is a well-documented first-time telling of the story of one of Colorado's most interesting pioneers. The author, a lifetime student of Colorado history, now lives in Vestavia Hills, Alabama.

Connect with Margaret McLean Truly at her website professorgoldrick.com or grab a copy of In Defense of Professor Goldrick on Amazon. 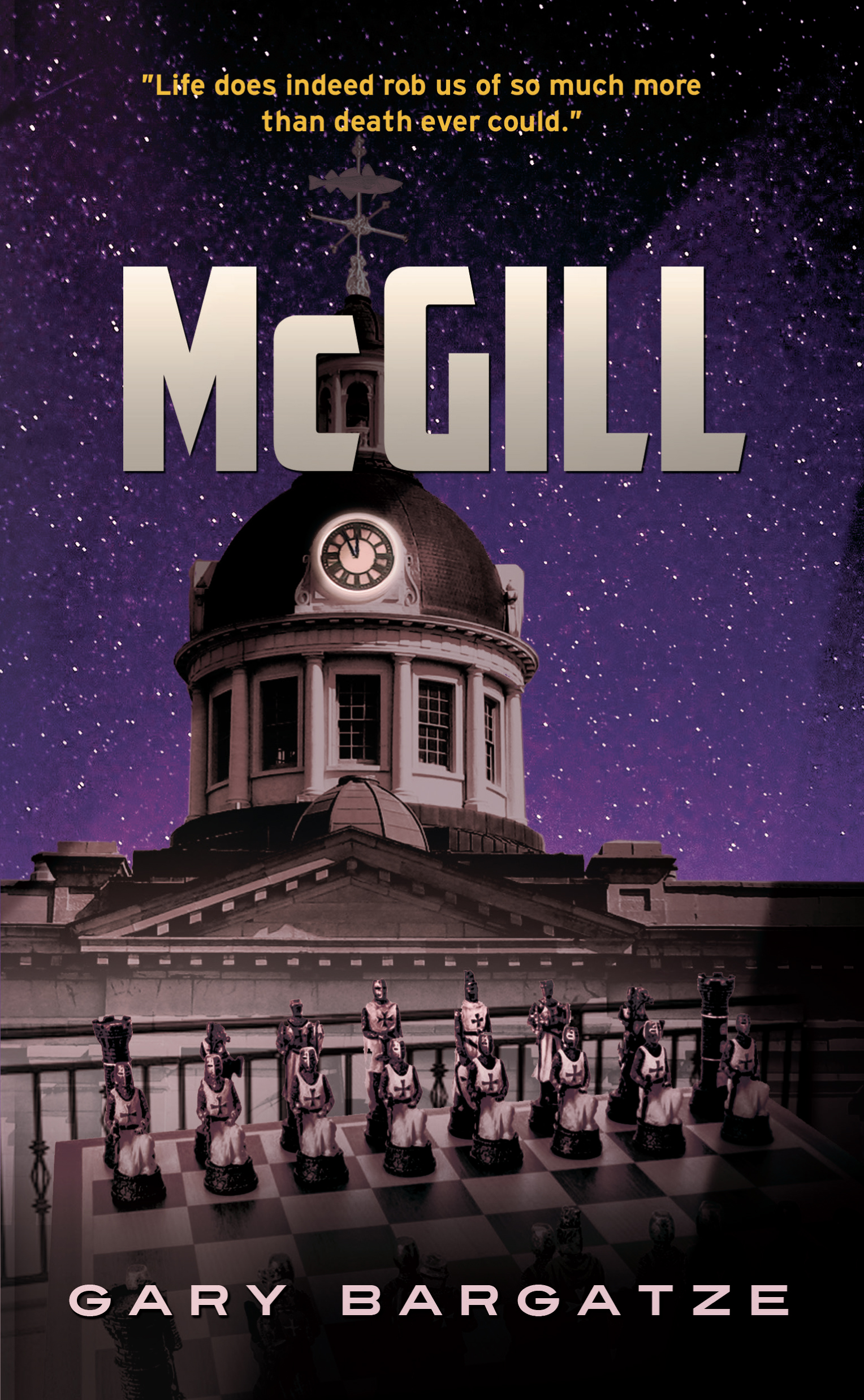 When Andrew returns to his Taylor family roots in Magnolia County, Tennessee, to attend graduate school, he unexpectedly finds himself at the very center of the burgeoning American existentialist movement and facing painful choices of both head and heart. He walks the Pantheon University campus among the giants of the 1950's movement—the novelist, Walter Talley; the sensual poet, Donald Sanders; the avant-garde dramatist, Jeffrey Kline; and Kline’s tempestuous lover, Bianca, the alluring Portuguese poetess. But within months of arriving on campus, Andrew’s association with Bianca threatens to destroy his promising academic career and his relationship with his first love, Catherine. This fifth book in the ten-part Your Winding Daybreak Ways series begins where author Gary Bargatze’s fourth novel, Hollow Rock, leaves off. It follows this young scholar’s decades-long descent into hell and his subsequent heroic climb out seeking professional success and redemption.

Gary Bargatze is the author of Warfield, Happy Hollow, Hurricane Creek, and Hollow Rock, the first four novels in his ten-part fictional series, Your Winding Daybreak Ways, comprised of a prologue, epilogue, seven novels and a novella. Mr. Bargatze divides his time between rural Maryland and the Berkshires of Massachusetts.

Connect with Gary Bargatze at his website garybargatze.com, purchase a copy of McGill directly from him, or grab your copy on Amazon.

Last, but certainly not least, is... 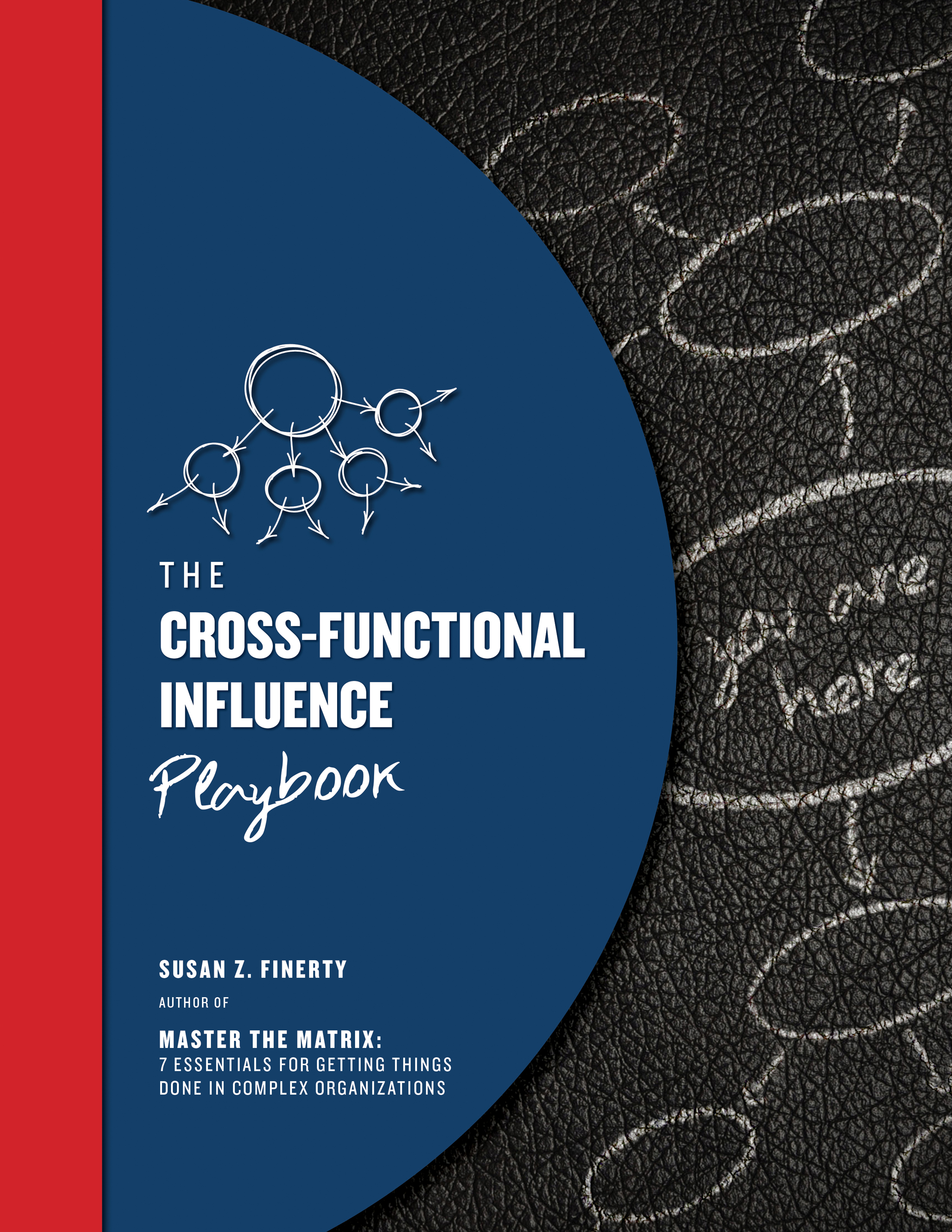 Susan Finerty is the author of The Cross-Functional Influence Playbook and Master the Matrix: 7 Essential for Getting Things Done in Complex Organizations. In 2004, she founded a consulting practice focused on designing and implementing change, helping teams work effectively together and coaching individuals on communication, influence and leadership. She now focuses exclusively on helping complex, matrix organizations and their employees maximize effectiveness and manage complexity through keynote presentations, workshops and assessments.

Prior to her consultancy, she worked in organization development positions in the pharmaceutical and medical device industry. Susan has held adjunct faculty roles at Northwestern University and currently teaches Influence Without Authority at University Wisconsin-Madison School of Business.

She has a BA from Central Michigan University and an MA from Indiana University. Ms. Finerty resides in suburban Chicago.

Connect with Susan Finerty at her website finertyconsulting.com, buy a copy of The Cross-Functional Influence Playbook directly from her, or grab your copy on Amazon.